Adad Hannah:
Eros & Aphrodite and All Is Vanity

In Eros and Aphrodite, part of a suite of video pieces shot at the Museo del Prado in Madrid, the most intimate and immediate form of encounter, the physical connection between two lovers, becomes a mediated,  interminably long gaze of longing in which the obstruction of ‘Eros’ itself indefinitely suspends all interaction. Curator Chen Tamir has said of Hannah’s work, “In his photographs and videos, Hannah explores the reception of art by embedding mirrors in museums. In a solipsistic move, he manipulates canonic works that interrogate the viewing process and offer a meditation on duality.”

Eros & Aphrodite will be on view at UVP’s Monroe Street venue.

In All Is Vanity (Mirrorless Version) Adad Hannah stages a historical drawing as a video. The artist asks a pair of identical twins to perform a tableau vivant in order to render a mirror where there is none, creating an illusion within an illusion.

The source of inspiration for Hannah’s installation is an image made in 1892 by an eighteen-year-old illustrator named Charles Allan Gilbert (1873–1929). Gilbert’s drawing, All Is Vanity, remains one of the world’s most famous optical illusions. It depicts a young woman surrounded by perfume and make-up, gazing at her reflection in the oval mirror of a wooden vanity. However, the drawing can also be read as a large human skull, the objects carefully arranged so that the vanity’s mirror forms the dome of the skull, the woman’s head and reflection its eye sockets, her toiletry bottles doubling as the skull’s jagged teeth, and the table cloth delineating the jaw line.

In All Is Vanity, Hannah has reconstructed Gilbert’s nineteenth-century optical illusion in high-definition video using a custom-built set. In this version there is no mirror – the oval of the vanity is an empty wooden frame – and Hannah casts twins to perform the woman and her reflection a way of creating the appearance of a mirror where there is only an empty opening. The video is a 6-minute 36-second continuous shot: Hannah posed the twins across from each other and asked them to remain as still as possible for the duration of the piece.  The blinking and breathing of the twins becomes evidence of time passing, which breaks the static nature of Gilbert’s original drawing and reminds viewers of their own existence within the flux of space and time. The mise-en-scène is recreated within the exhibition space, with all elements of the set – furniture, carpet, curtains, lights, video camera – preserved and displayed in the room.

All Is Vanity will be on view at UVP’s Montgomery Street venue.

About the Artist
Adad Hannah is a Montreal-based artist who has exhibited internationally, including at the Musée National des Beaux-Arts du Québec (2008); the Musée d’Art Contemporain de Montréal (2008); Zendai MoMA, Shanghai (2009), and Vancouver Art Gallery (2007); among many others. In 2004 he won the Toronto Images Festival Installation/New Media Award, and the Bogdanka Poznanovic Award at Videomedeja 8.. He has produced works at museums including the Montreal Museum of Fine Arts, the National Gallery of Canada, the Vancouver Art Gallery, the Rodin Gallery (Seoul), and the Prado Museum (Madrid). He is represented by Pierre-François Ouellette Art Contemporain.

For more information on the work of Adad Hannah, go to: adadhannah.com

About the Curators
Hannah’s work is part of a programming block curated by the art duo, Duke & Battersby, who are also local residents and professors in the Syracuse University Transmedia program. Learn more about the work of Duke & Battersby at their website: www.dukeandbattersby.com 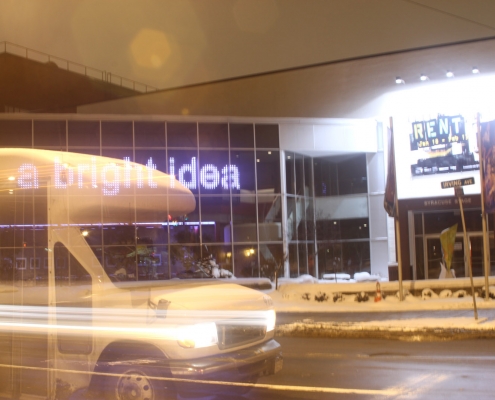 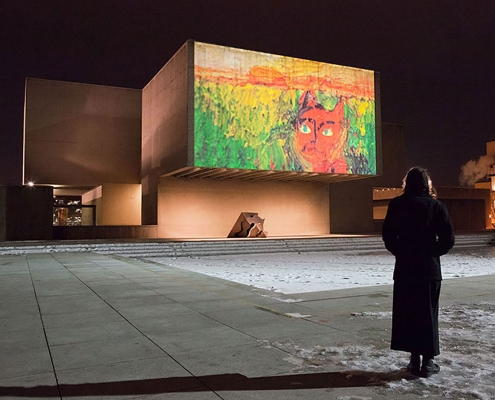 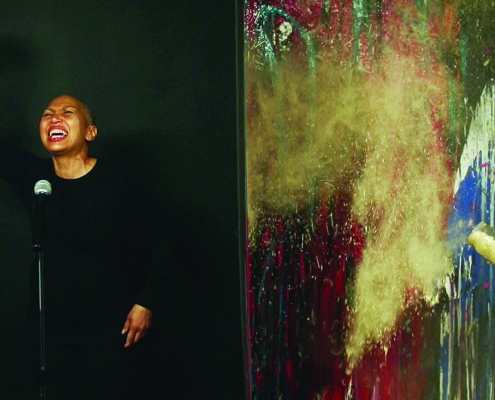 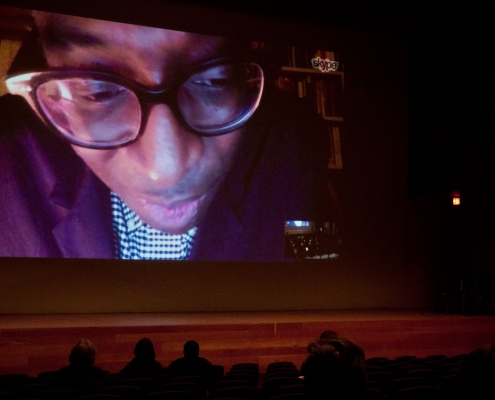 Nathaniel Sullivan: On the Way to the Theatre, We Egged a Trans-am
Scroll to top