For the months of November and December, the Urban Video Project is pleased to present Always After (the Glass House) (2006) by internationally recognized multimedia artist, Iñigo Manglano-Ovalle.

About the Work
Employing footage shot on a high-speed film camera, Always After focuses on the broken glass accumulated after the windows of the Mies-designed Illinois Institute of Technology’s Crown Hall were smashed by the architect’s own grandson as part of a ceremony in advance of the building’s renovation. Manglano-Ovalle scrupulously edits out all clear reference to this odd ‘kill your fathers’ ritual, leaving the viewer with a dream-like sequence in which well-shod anonymous masses eternally exit and equally anonymous custodians endlessly move in to sweep up the crystalline debris of modernism. The precise nature of the event -whether it is a natural disaster, a terrorist attack, or just routine construction- never becomes clear. Instead, the narrative unfolds like a jacob’s ladder: never reaching the end, passing again and again through the point where modernist progress and crisis become indistinguishable –a point that is always already “after”.

About the Artist
Iñigo Manglano-Ovalle (born in Madrid, 1961) has had solo exhibitions at El Museo de Arte Contemporáneo de Monterrey and Museo Tamayo Arte Contemporaneo, Mexico City (2004), the Art Institute of Chicago (2005) and the Massachusetts Museum of Contemporary Art, North Adams (2009), among many others. Group exhibitions include the Whitney Biennial, New York (2000), Liverpool Biennial (2004), documenta 12, Kassel (2007), and at The Power Plant, Toronto, Canada (2009). Manglano-Ovalle has received numerous awards and grants, including a MacArthur ‘Genius’ Fellowship and a Guggenheim Fellowship. He is currently represented by Donald Young Gallery in Chicago, Galerie Thomas Schulte in Berlin, and Galleria Soledad Lorenzo in Madrid. Manglano-Ovalle teaches as a professor in the Department of Art Theory & Practice at the Weinberg College of Arts and Sciences, Northwestern University in Chicago. His work is featured in the “Ecology” episode of Season 4 in the ongoing PBS series Art 21. 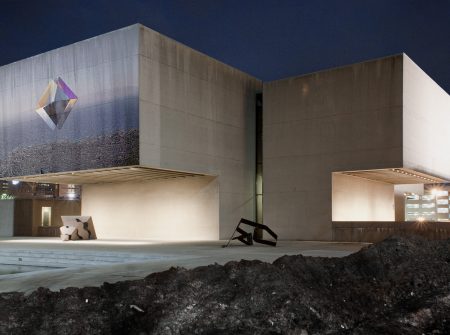 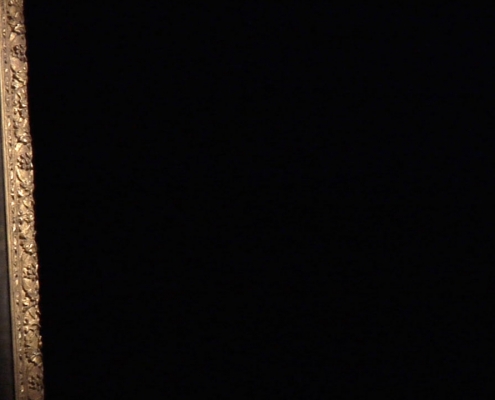 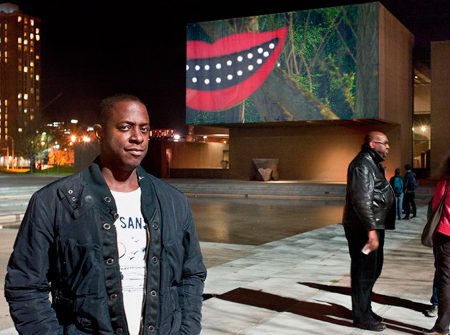 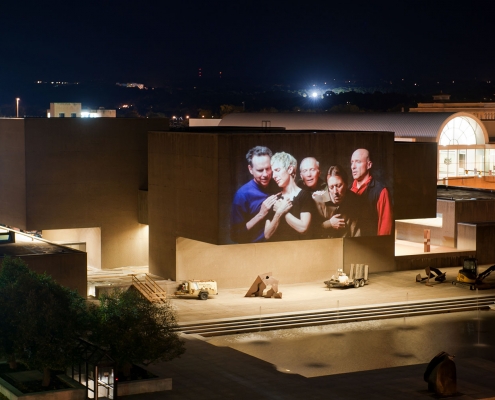