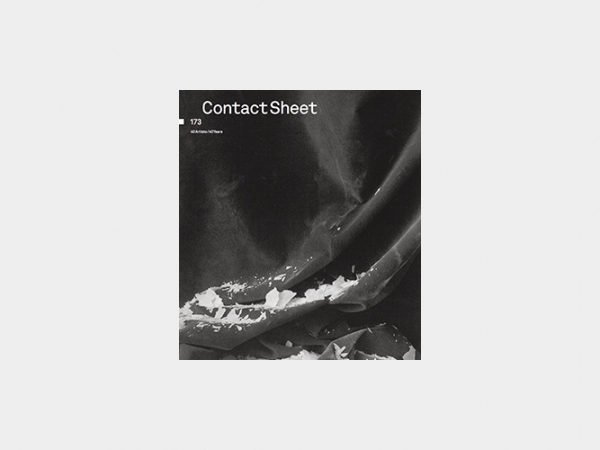 Light Work, an artist-run, non-profit organization, has been providing direct support to emerging and under-recognized artists working in the media of photography and digital imaging since 1973. The organization has been led by Jeffrey Hoone since 1982, and the following statement from the exhibition catalogue clarifies his vision and dedication to serving artists.

The forty pictures in this exhibition represent each year that Light Work has been supporting artists from 1973-2013. They stand in for the hundreds of other artists who have participated in our Artist-in-Residence, exhibition, publishing, and grant programs and stand out as the reason we do what we do.

Light Work always has been, and continues to be, an alternative arts organization run by artists for the benefit and support of other artists. Working in collaboration with Community Darkrooms at Syracuse University, Light Work has concentrated on supporting emerging and under-recognized artists, giving them the opportunity to create new work, and then making that work part of the ongoing dialogue about contemporary art.

While we have been fortunate to have worked with some of the most important artists of our time in the early stages of their career, we have been equally privileged to have illuminated the work of others deserving of wider recognition. This exhibition is a small record of the work that we have collected over the past forty years, but only evidence of an incomplete story. The complete story will always be found in understanding and appreciating individual artists and artists as individuals. Artists make organizations possible, not the other way around. The artists in this exhibition come from different backgrounds and express different points of view but are bound together in the process of asking vital questions as they teach us how to see.

Light Work supports artists because their courage, their struggle, their creativity, and their passion give us purpose and often make us whole. The work in this exhibition represents that process and celebrates all the artists that have made our effort worthwhile.

Light Work thanks Syracuse University, Robert B. Menschel and Vital Projects, The New York State Council on the Arts, The National Endowment for the Arts, CNY Arts, and the subscribers of Contact Sheet for their dedicated and ongoing support of our programs.