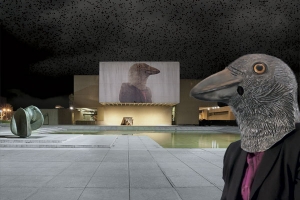 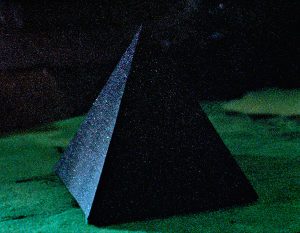 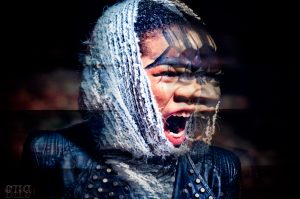 Cauleen Smith, Light Work’s 2014 UVP artist-in-residence, will deliver a formal artist talk from 2-4 p.m. in Shemin Auditorium on the Syracuse University Campus on the occasion of her the world premiere of her piece, “Crow Requiem,” at Light UVP on the Everson Museum facad on April 7, 2015.

Smith will also present her work later the same day as part of Speculations: Science Fiction, Chronopolitics, and Social Change—a panel talk, performance, and reception—beginning at 6:30pm in the Hosmer Auditorium at the Everson Museum.

Smith’s Tuesday afternoon artist talk is co-sponsored by the Syracuse University Department of Transmedia as part of the Freshman Colloquium class.

Smith’s films, objects, and installations have been featured in group exhibitions at the Studio Museum of Harlem, NY; Houston Contemporary Art Museum, TX; the Blanton Museum of Art, Austin, TX; San Diego Museum of Contemporary Art, CA; D21 Leipzig, Germany; Yerba Buena Center for Arts, CA; and the New Museum, NY. She has had solo shows at The Kitchen in New York City, MCA Chicago and Threewalls in Chicago; and Women & Their Work in Austin, TX. Her work has also been featured in such high profile festivals as Sundance and screened twice by demand at the prestigious Robert Flaherty Film Seminar Exhibition. In 1999, she was selected as one of Ten Directors to Watch by “Variety” magazine. Smith is the recipient of several grants and awards including a Creative Capital grant, the Rockefeller Media Arts Award, Chicago 3Arts Grant, and the Foundation for Contemporary Arts. Smith earned an MFA from the University of California, Los Angeles. She currently lives in Chicago while teaching at the Vermont College of Fine Art low-residency MFA program.