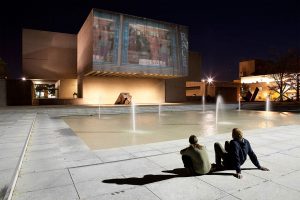 Urban Video Project is pleased to announce Avant Gaming: video art on video games, an evening of video art made with and about video games curated by Chris Stults on November 12, 2013 at 6:30pm in the Everson’s Hosmer Auditorium.

Chris Stults, Associate Curator of Video and Film for the Wexner Center for the Arts, will appear in person to introduce the screening.

A reception catered by Recess Coffee will follow on the Everson plaza, where Phil Solomon’s Still Raining, Still Dreaming will be on display for a special Tuesday night UVP Everson projection. The reception will start at around 7:45pm.

Avant Gaming is presented in conjunction with the exhibition of The Art of Video Games at the Everson Museum of Art and the exhibition of Phil Solomon’s Still Raining, Still Dreaming from his Grand Theft Auto series at UVP Everson.

About the Program
The indoor screening will include:

Total Power — Dead Dead Dead by Stephanie Barber
She Puppet by Peggy Ahwesh
My Trip to Liberty City by Jim Munroe
And We All Shine On by Michael Robinson
Ceibas: Epilogue -the Well of Representation by Evan Meaney
Crossroad by Phil Solomon
Rehearsals for Retirement by Phil Solomon
Last Days in a Lonely Place by Phil Solomon