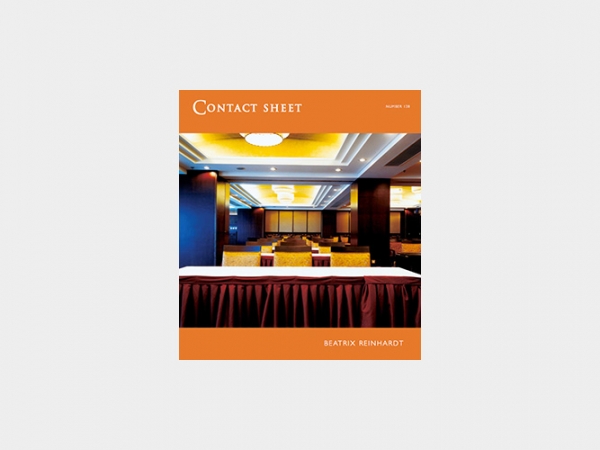 Light Work’s exhibition, Members Only, features the work of German photographer Beatrix Reinhardt. The images of this exhibition take an inside look at members-only clubs worldwide, which Reinhardt views as special entities that provide a community for their members while excluding everybody else. Her images capture the marks left behind by members of the club—they are devoid of people, but speak volumes about the club’s members.

Reinhardt spends a lot of time making phone calls and knocking on doors to gain permission to enter the clubs. Since starting the series in 2003, she has traveled to places as far away as Australia, Great Britain, and China to capture these images, and is currently photographing in Queens, NY where membership clubs are plentiful and rich in photographic visuals. Some of these exclusive clubs can require years on a waiting list, and may have membership dues ranging from minimal to tens of thousands of dollars per year.

Reinhardt grew up in Jena, Germany and has lived in the United States on and off for over ten years. She completed a residency at Light Work in January 2006, and has also participated in residencies in Australia, India, and China. Her photographs have been exhibited internationally, most recently at the Minnesota Center of Photography in Minneapolis, the Silver Eye Center of Photography in Pittsburgh, Sam Romo in Atlanta, and in Finland.