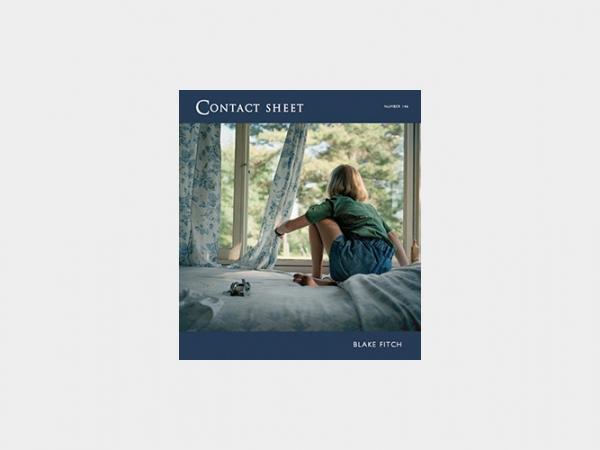 Life comes at us at a maddening pace. Seasons come and go. We grow up, mature, and soon notice next generations pushing up from behind us. We too were the youngest once, and remember those days fondly as we help the next generation through their struggles of adolescence. This is the cycle of life, but most of us would prefer slowing down the changes within and around us.

Blake Fitch alters that pace by allowing us a look at the gradual transition of two girls into young women. The images convey the respect the photographer has for Katie and Julia, and the celebration of their youthful beauty. Shown as snippets of life, the photographs capture an age span during which many changes occur both emotionally and physically. The images fast-forward through different points in the girls’ lives as their self-image changes along with their bodies. While the photographs capture the intense friendship between the two girls, who are cousins, the images also suggest a high level of trust toward the photographer, who is Katie’s older sister. When the girls look up in the picture, they see someone very close to them, not the mechanics of the camera. Sometimes the collaborative effort of creating the images takes the shape of a playful performance, such as in the photograph of Katie dancing in the driveway, while in other images the camera is graciously invited to share quiet and private moments. The girls have allowed the camera into their lives, and it is in this trusting environment that the girls’ growth and maturity unfolds.

Blake Fitch was born in Rochester, NY and received her BFA on full scholarship from Pratt Institute (1994), with a major in photography and minor in photo history. After graduating she studied photography at the Art Institute of Chicago (1998) before earning her masters degree in Arts Administration from Boston University (2001). She has received a variety of grants and sponsorships including support from Kodak and Calumet Photographic. Her work has been exhibited internationally and is held in the collections of numerous museums, including the Museum of Fine Arts, Houston, Worcester Art Museum, and the George Eastman House of Photography.

Additionally, Fitch served as the Executive Director of the Griffin Museum of Photography in Winchester, MA from 2002-2007, making the museum a preeminent resource devoted to the exhibition of photography. She continues to curate independently and teaches photography.