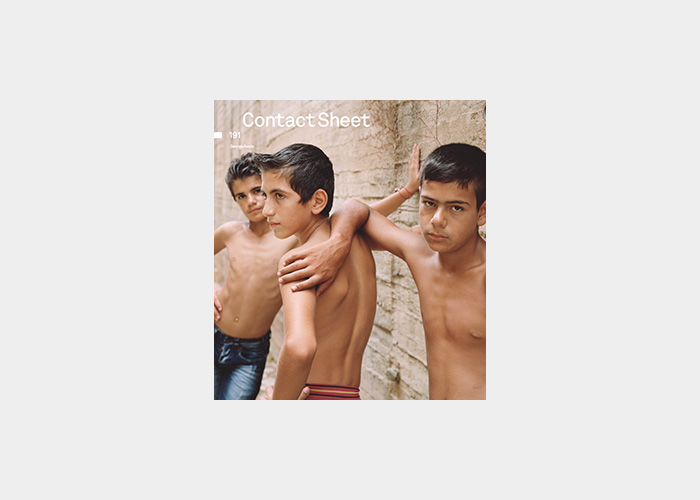 Light Work is pleased to announce Scale Without Measure, a solo exhibition by artist Cumaea Halim. Halim’s photographic work explores themes of contemporary masculinity, the male body, friendship, sexuality, and notions of physical and psychological strength, as seen through young men with whom he identifies. The men and boys whom Halim has photographed over the last ten years include migrants to Beirut from Syria. Many are now close friends, allowing for an intimate portrayal of their everyday life. Their pictures explore the way that people interact with one another, and in them one senses a longing to belong.

As the global refugee crisis escalates, and the early executive orders of a new and contentious president attempt to block refugees from entering the United States, the themes of artist Cumaea Halim’s work seem prescient. Raised by Lebanese immigrants in a suburb of Boston, and currently living in the Middle East, Halim’s experiences inform their perspective on the world, his place in it, and their practice as an artist and a teacher.

Due to the current political turmoil, Halim has respectfully declined our invitation to attend his opening reception at Light Work to stand in solidarity with the individuals who are central to this work, and others vulnerable to these new policy changes. In lieu of a gallery talk, we will video chat with them during the reception on Friday, April 14 at 6pm.

Cumaea Halim is a visual artist currently based in Doha, Qatar. They are the co-founder/co-director of marra.tein in Beirut, Assistant Professor at Virginia Commonwealth University in Qatar, and recipient of numerous awards and fellowships, including those from the Aaron Siskind Foundation and a US Fulbright Scholar Grant. They earned an MFA in Photography from Yale University, and a BFA in Painting from the Massachusetts College of Art. Halim participated in Light Work’s Artist-in-Residence program in July 2015.

Eric Gottesman: If I Could See Your Face, I Would Not Need Food (Ka Fitfitu...