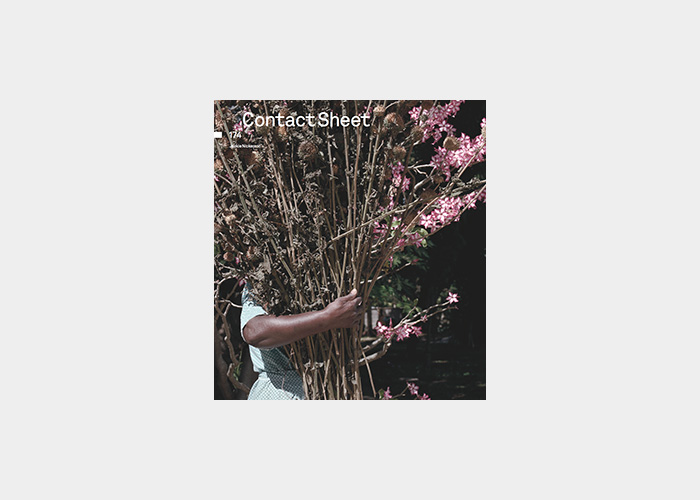 Jackie Nickerson makes photographs that examine people and their relationship to the earth, through the physical and psychological conditions of living and working on the land. With her exhibition Terrain, Nickerson revisits eastern and southern Africa, focusing on how the exertions of labor leave traces on people and the environment.

After fifteen years working in the fashion industry for clients like Interview and Vogue, Nickerson felt unfulfilled and sought something more. In the late ‘90s she took a trip to Zimbabwe with a friend, expecting to be there for just a few weeks. She ended up staying for four years, traveling through other countries of Sub-Saharan Africa in a small flatbed truck. She has since returned many times to continue photographing farm life through her unique lens. Hands and plants, limbs and fabric, bodies and soil, the subjects of Nickerson’s portraits are, in the fullest sense, terrene—of the earth. The workers are obscured by the sheer size and weight of their harvest, emphasized by the large scale of the photographs themselves. Many of her landscapes are photographed through a thin veil of plastic farming material, easily read as a metaphor for our modern separation from the natural world. “I believe that we have an indelible link to the earth but we’ve begun to undervalue it—even forget about it,” says Nickerson. Her contemplative pictures ask us to consider our own relationship to the land, and to the food we consume in our daily lives.

Nickerson reveals by carefully concealing. “The lack of personal identity in the photographs is a deliberate question mark,” she explains. Her portraits are not about individual identity but are an attempt to go beyond the traditional path of concerned documentary photography, revealing her subjects as sculptural, monumental, and empowered. “It is about us in the landscape,” says Nickerson, “how we change the world we inhabit at every moment of our being human and how, for better and for worse, the habitus that we make, in turn, changes who we are.”

Light Work thanks Culture Ireland for their support in making this exhibition possible.