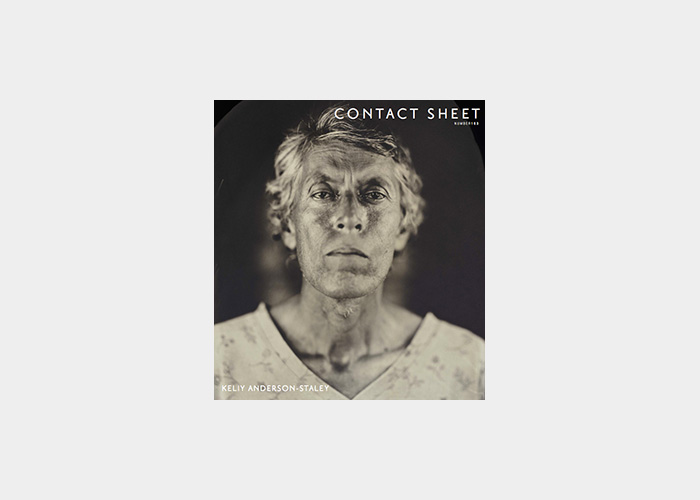 When we look at tintypes made during their era of invention from the late nineteenth century we see the same rigid, stoic, and serious postures and expressions repeated in Keliy Anderson-Staley’s tintype portraits from our current time. Tintypes require long exposure times between fifteen and sixty seconds. So the stern gaze of our ancestors didn’t describe the quality of their life or the temperament of their character, but were simply the outcome of trying to stay still. Anderson-Staley leveled the playing field of time by collapsing the separation in distance and perspective using a common photographic process.

Anderson-Staley acknowledges that history is a subjective and selective view of a finite past, and has stated that, “Our identities are linked to the visual history of social difference, a history in which photography has not always played an innocent role.” In the process of creating a series of portraits that recall the past while looking forward she expresses her view that a common human condition can emerge from the fragments of the past to shape the identities of the future.

Keliy Anderson-Staley’s work has been exhibited in solo and group exhibitions internationally and published widely in print and online. She has received numerous awards and fellowships, including a New York Foundation for the Arts Fellowship and a Puffin Grant. Anderson-Staley has given artist talks at many colleges, universities, and organizations. She received her BA from Hampshire College in Amherst, MA and her BFA from Hunter College in New York, NY.