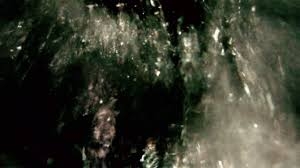 Inside the Everson:
He Maketh a Path to Shine after Him: One Would Think the Deep to Be Hoary

In conjunction with the exhibition of Leviathan at UVP, the related piece, He Maketh a Path to Shine after Him; One Would Think the Deep to Be Hoary will be installed in the Everson Museum’s Cloud-Wampler Gallery from September 19 – November 29, 2015.

Castaing-Taylor will discuss his practice and take questions from the audience at a special indoor screening of Leviathan followed by a Q&A in the Everson’s Hosmer Auditorium on Thursday, October 15 at 6:30pm.

This exhibition is the first in UVP 2015-15: We Were Never Human, a year-long program of exhibitions and events at Urban Video Project and partner organizations exploring the shifting idea of what it means to be human.

Leviathan is a groundbreaking, immersive portrait of the contemporary commercial fishing industry.

Filmed off the coast of New Bedford, Massachusetts – at one time the whaling capital of the world as well as Melville’s inspiration for “Moby Dick”; it is today the country’s largest fishing port with over 500 ships sailing from its harbor every month.

Leviathan follows one such vessel, a hulking groundfish trawler, into the surrounding murky black waters on a weeks-long fishing expedition. But instead of romanticizing the labor or partaking in the longstanding tradition of turning fisherfolk into images, filmmakers Lucien Castaing-Taylor and Véréna Paravel present a vivid, almost-kaleidoscopic representation of the work, the sea, the machinery and the players, both human and marine.

Employing an arsenal of cameras that passed freely from film crew to ship crew; that swoop from below sea level to astonishing bird’s-eye views, the film that emerges is unlike anything that has been seen before. Entirely dialogue-free, but mesmerizing and gripping throughout, it is a cosmic portrait of one of mankind’s oldest endeavors.

Lucien Castaing-Taylor and Véréna Paravel are filmmakers, artists, and anthropologists, who work at the Sensory Ethnography Lab at Harvard University. Their work is in the permanent collection of the Museum of Modern Art (NY), and the British Museum, and has been screened at the AFI, BAFICI, Berlin, CPH:DOX, Locarno, NewYork, Toronto, and Viennale film festivals, and exhibited at London’s Institute of Contemporary Arts, the Centre Pompidou, the Berlin Kunsthalle, Marian Goodman Gallery, the X-Initiative, and elsewhere. Paravel’s previous films include “Foreign Parts” (2010, with J.P. Sniadecki) “Interface” series (2009-10) and “7 Queens” (2008); and Castaing-Taylor’s “Hell Roaring Creek” (2010), “The High Trail” (2010), “Sweetgrass” (2009, with Ilisa Barbash), “In and Out of Africa” (2001, with Barbash), and “Made In USA” (1990, with Barbash).

For more information, go to: arretetoncinema.org

Screening + Q&A with the Filmmaker: Lucien Castaing-Taylor on Leviatha...
Scroll to top