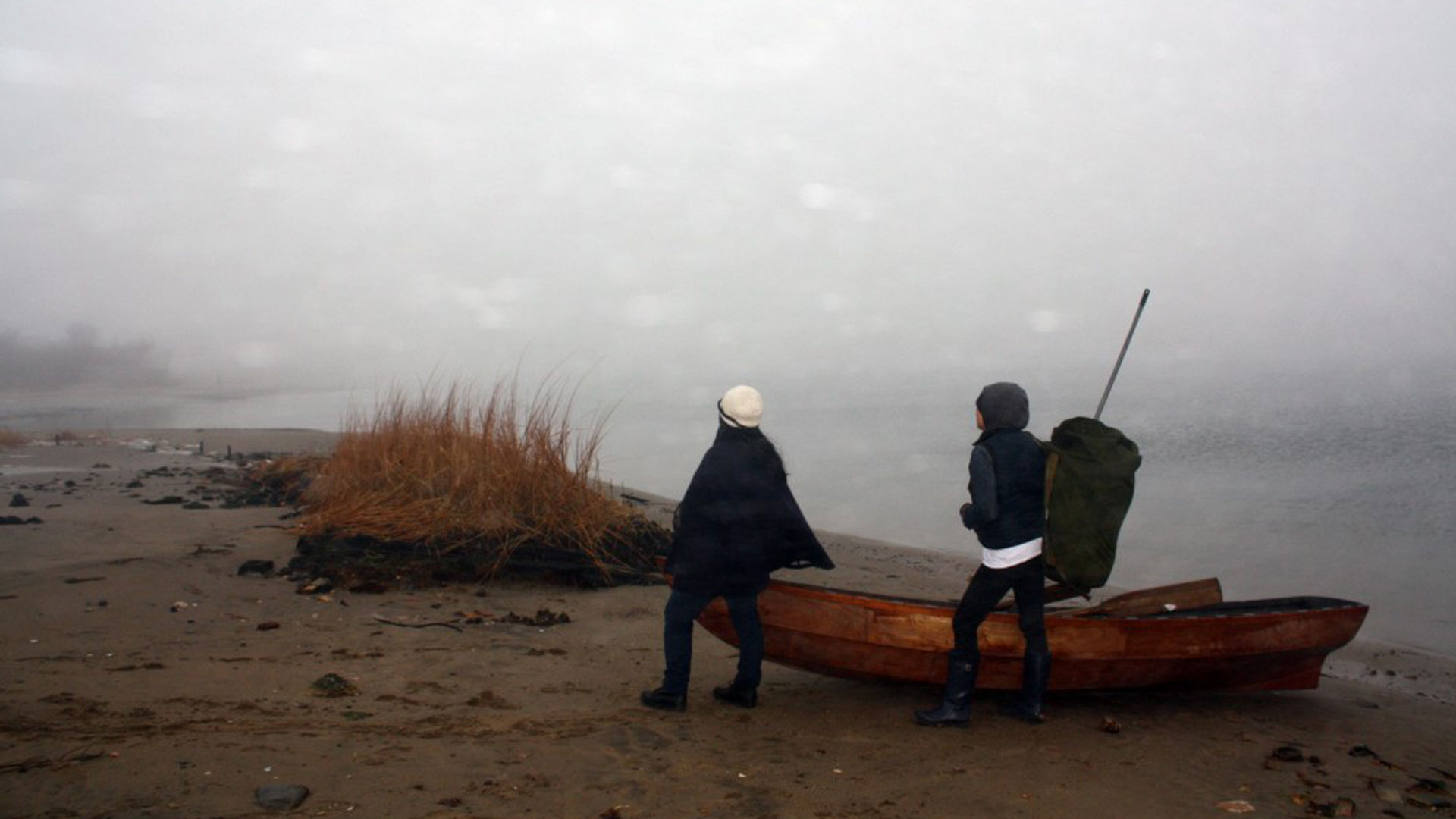 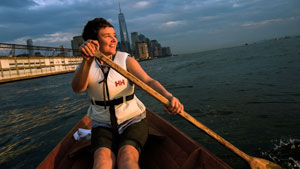 UVP and Light Work in collaboration with the Everson Museum of art are pleased to present a collaborative exhibition of new and past works by multimedia artist Marie Lorenz coming out of her summer 2016 sojourn on the Erie Canal in a hand built rowboat.

Artist Marie Lorenz presents Erie2NYC, new video work as part of her ongoing project, Tide and Current Taxi, which she started in 2005. Lorenz explores New York Harbor and beyond, taking participants in a rowboat built from salvaged materials to disused coastlines and inaccessible islands, and experiencing the urban environment from the rare perspective of the water. Along the way, she often collects trash that becomes material for her artwork various media, as well as documenting her journey through social media.

This collaborative multimedia show, commissioned by the Everson Museum of Art, Light Work, and Urban Video Project, is the culmination of Marie Lorenz’s journey along the Erie Canal and the Hudson River in the summer of 2016 and brings together new works along with research, documentation, and materials from the voyage on view inside the Everson and a new video work at UVP.

The artist will discuss her work during an artist talk on Thursday, November 17 at 6:30pm at the Everson Museum of Art. Reception follows. This event is FREE & OPEN to the public.

This exhibition is part of the year-long program, UVP 2016-17: Interzones.

My artwork combines psycho-geographic exploration with highly crafted, material forms. I use boats and navigation in my artwork to create an uncertain space. My belief is that uncertainty brings about a heightened awareness of place. When we feel unstable we see more. In my ongoing project called Tide and Current Taxi, I ferry people throughout New York in a boat that I made. I study tidal charts of the harbor and use the tidal currents and river currents to push the boat all throughout New York City. The act of floating through adds a specific presence to ones own observation. The viewer maintains an awareness of their own balance and form as they absorb the details in their surrounding. This kind of observation creates something new out of something familiar.

Lorenz received a B.F.A. from Rhode Island School of Design in 1995 and an M.F.A. from Yale in 2002. She has received grants from Artists Space, Socrates Sculpture Park, the Harpo Foundation, and the Alice Kimball English Travel Fellowship. Her work has been shown at High Desert Test Sites in Joshua Tree, California and at Artists Space, and Jack Hanley Gallery in New York. She has also completed solo projects at Ikon in Birmingham, England and Artpace in San Antonio, Texas. In 2008 she was awarded the Joseph H. Hazen Rome Prize for the American Academy in Rome. She began her ongoing project Tide and Current Taxi, a performance in the New York Harbor in 2005.

The commission of this project and exhibition was made possible by the Everson Museum of Art in partnership with Light Work and the generous support of the County of Onondaga and CNY Arts and by the New York State Council on the Arts with the support of Governor Andrew M. Cuomo and the New York State Legislature. Additional support provided by an Action Grant from the New York Council for the Humanities and Bond, Schoeneck & King PLLC. Sponsorship provided by Nicole & Michael P. Falcone; Dreamando; LLC; Bonnie & Gary Grossman; Bobbi & Clifford Malzman; and Candace & John Marsellus.