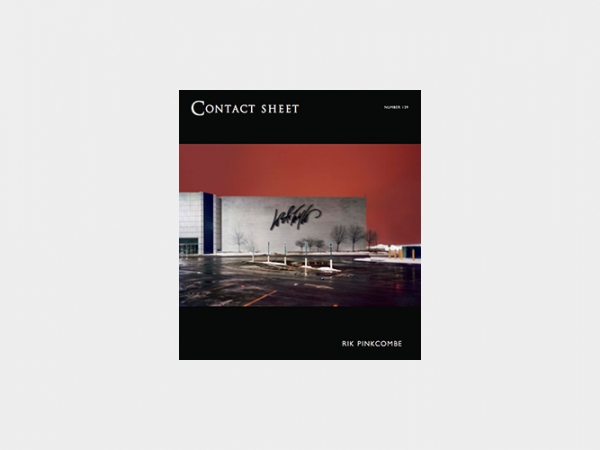 Rik Pinkcombe’s images are equally alluring as they are complex. It is easy to become mesmerized by the cityscapes while seaching for clues if these settings are real. In this work, reality masquerades as a set design. Select areas in
crisp focus stand in contrast to the otherwise unnaturally blurry sections. The dramatic shift of focus makes the photographed scenes look more like toy settings. They are irresistible to the eye, yet leave the mind puzzled and unable to accept that the images are photographs of real life.

While the artificially manipulated depth of field easily captures the eye of passersby, some of the many layers of meaning Pinkcombe weaves into the work may elude the casual viewer. Presented without titles or information to identify the place, the photographs suggest rather than dictate content. Yet there is much greater depth to the work than technique.

Pinkcombe’s exploration of identity and identity-forming influences connects these diverse images. His considerations include cultural, national, and ethical influences, and also expand to sports, politics, advertising, religion, and media messages that influence the shaping of identity and, consequently, the perception of the world. The images reflect an underlying questioning of how nationality or one’s skin color factor in.

Pinkcombe has explicitly chosen not to title his work nor to give any other identifying information such as the location, city, or date for each image. He prefers to leave the identification and interpretation to the viewer. The artist’s concept of perception and deception is brought to fruition by allowing the identity of the viewer to shape their impression of the photographs.

Rik Pinkcombe currently lives in London, England. He attended school at Blackpool College of Lancaster University. Recent exhibition venues include the Stephen Lawrence Gallery in Greenwich and the 921 Gallery in Hackney, Great Britain. Originally trained as a commercial photographer, Pinkcombe shifted to art photography after a prolonged battle with leukemia made him reevaluate his life.

He participated in Light Work’s Artist-in-Residence program in March 2005. Pinkcombe’s residency was sponsored by Autograph ABP located in London.