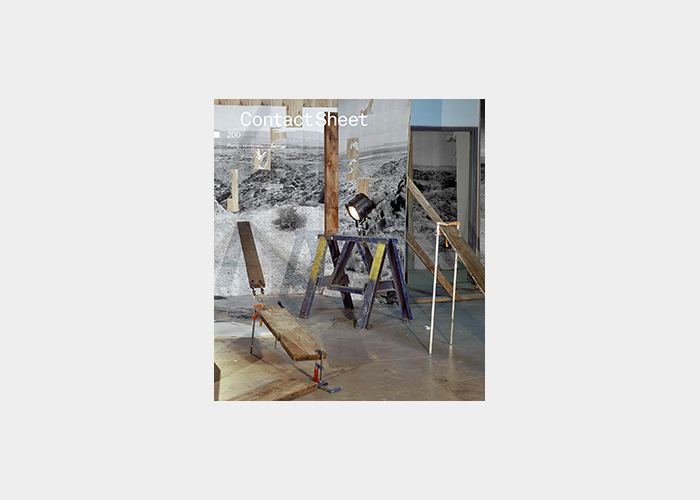 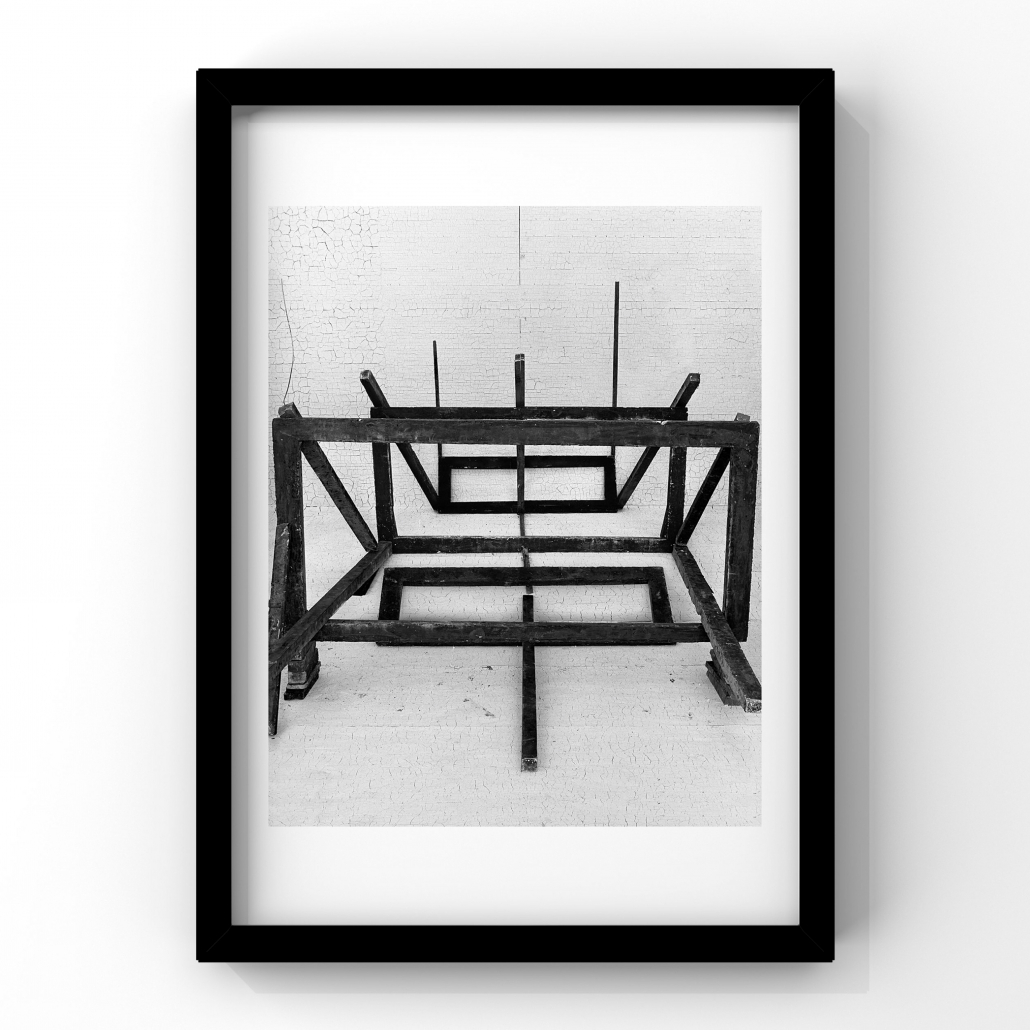 Rodrigo Valenzuela’s work in photography, video, and installation boldly addresses themes of labor, power, and representation. For a Chilean artist living in America, who is making his work at a moment when the 45th President of the United States continues pressing for a border wall between the U.S. and Mexico, the underlying narrative of Valenzuela’s art—of immigration and the struggles of the working class—is as charged as ever.

The title of Valenzuela’s exhibition, American Type, refers to a 1955 essay in which art critic Clement Greenberg frames the work of abstract expressionist painters such as Pollock, Kline, Motherwell, and Rothko as distinctly American. Greenberg proposed that post-war American painting was more about the act of painting itself than about any complex idea of representation. Valenzuela finds it interesting to challenge this concept and, as he puts it, to contemplate “how much the absence of content has become the American gold.” He doesn’t argue that abstraction is necessarily without subject or emotion, but Valenzuela questions Greenberg and art world elitism more generally by making his own subversive abstractions that he imbues with social-political meaning.

From a distance, Valenzuela’s monochromatic works appear like flat charcoal drawings, and only upon closer inspection can one notice the materials that fill the frame of the photograph and the confounding hints of a three-dimensional studio space. His photographs have an immediate and strong architectural presence on the wall, reminiscent of some earlier works in which he considered what it means to build a home. Valenzuela sees these studio fabrications and their shapes as a direct reference to the brush strokes of painting. Certainly, they call to mind the conversations about painting’s ability to create enveloping infinite space through mark making, and the tension between the surface of a work and the illusion of depth on the picture plane.

Perhaps most of all, Valenzuela’s approach to representation in his work draws our attention to the extensive labor of his artistic process. He has honed his craft with an intensity that is immediately apparent while observing him work. Every aspect of his making shows a trace of his own labor, from the building of studio assemblages, to the photographic steps that lead to the final prints, and the wooden frames that the mounted work lives within—cut, assembled, and painted by his hand. Labor is inherent in the making of all art, but for Valenzuela it becomes a central subject.

Valenzuela treats the studio as a place to be memorialized anew through photography. His studio photographs deconstruct principles of aesthetics and art history, but more powerfully they allude to the stories of today’s working class struggles (including those of artists such as himself). America is deeply divided and growing inequality and oppression are symptoms of that divide. With his work, Valenzuela considers the relationship that power has with the capitalistic systems that create marginalized communities as well as the fading notion of the American Dream. We’re confronted with the question, who is allowed to dream?

Rodrigo Valenzuela lives and works in Los Angeles, CA. He studied art history and photography at the University of Chile (2004), holds a BA in Philosophy from The Evergreen State College (2010), and an MFA from the University of Washington (2012). Recent residencies include Bemis Center for Contemporary Arts (Omaha, NE), Center for Photography (Woodstock, NY), Core Fellowship at the Museum of Fine Arts (Houston, TX), Light Work (Syracuse, NY), MacDowell Colony (Peterborough, NH), and Skowhegan School of Painting and Sculpture in Maine. Recent solo exhibitions include Future Ruins at Frye Art Museum (Seattle, WA, 2015), Galerie Lisa Kandlhofer (Vienna, Austria, 2018), Work in Its Place at Jordan Schnitzer Museum of Art (Eugene, OR, 2018), New Land at McColl Center (Charlotte, NC, 2017), American-Type at Orange County Museum (Santa Ana, CA, 2018), Labor Standards at Portland Art Museum (Portland, OR, 2018), and Prole at Ulrich Museum of Art (Wichita, KS, 2016). Valenzuela is an assistant professor in the Department of Art, University of California at Los Angeles, and recipient of the 2017 Joan Mitchell Award for Painters and Sculptors. He participated in Light Work’s Artist-in-Residence Program in August 2017.