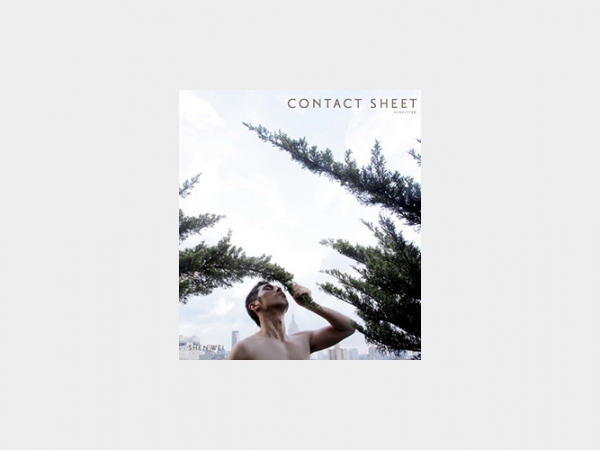 Chinese artist Shen Wei uses his self-portrait series I Miss You Already as a place for self-discovery and contemplation. Each image captures a momentary experience that describes the coming together of person and place. Many of the photographs are intensely sexual. His images invite others into his solitude by quietly beckoning or openly drawing the viewer in. They tease the camera, and therefore the viewer, in various degrees. That Wei is an attractive and physically fit young Asian man plays an important part in how his work addresses desire in the context of identity and bridges cultural and sexual barriers.

Shen Wei (b. 1977, Shanghai, China) has exhibited his work internationally at venues such as the Museum of the City of New York and Lincoln Center Avery Fisher Hall in New York, NY; the Philadelphia Museum of Art in Philadelphia, PA; the Harn Museum of Art in Gainesville, FL; and the CAFA Art Museum in Beijing, China. Wei’s first monograph, Chinese Sentiment, was published by Charles Lane Press in 2011. His photographs have also been featured in publications such as The New Yorker, Aperture, ARTnews, PDN, American Photo, and Chinese Photography. Wei is the recipient of the Rockefeller Foundation Bellagio Center Artist Residency, the Asian Cultural Council Arts & Religion Fellowship, the Griffin Award from the Griffin Museum of Photography, the Urban Artist Initiative New York City Fellowship, the Light Work Artist-in-Residence Program, and more.

Wei’s work is included in permanent collections of the Museum of Modern Art (MoMA), the Museum of Chinese in America, and Rockefeller Brothers Fund in New York, NY; the J. Paul Getty Museum in Los Angeles, CA; the Philadelphia Museum of Art in Philadelphia, PA; the Museum of Contemporary Photography in Chicago, IL; the Museum of Fine Arts in St. Petersburg, FL; the Florida Museum of Photographic Arts in Tampa, FL; the Kinsey Institute in Bloomington, IN; and the Library of Congress in Washington, DC. Wei holds an MFA in photography, video, and related media from the School of Visual Arts, New York; a BFA in photography from Minneapolis College of Art and Design; and an AA in decorative arts from Shanghai Light Industry College. He is represented by Daniel Cooney Fine Arts in New York, NY.