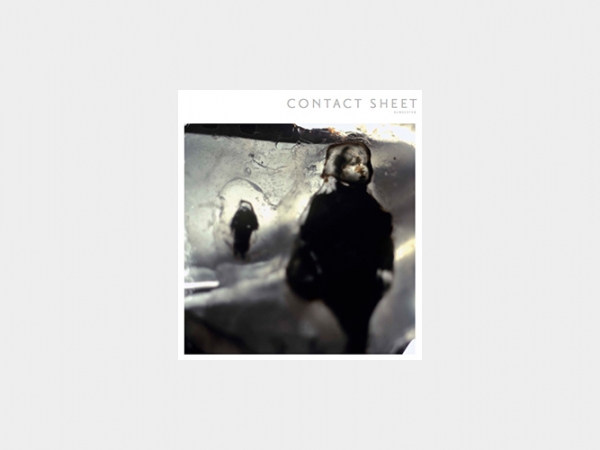 In memory of Stanley Clarke, who will always be remembered for his kind spirit and boundless energy.

Something someone says sparks a memory. I can’t quite put my finger on it, but I can feel it balanced on the edge of my consciousness. Sometimes it’s a sound, or a smell, transporting me to a place I’ve long forgotten. Whatever the trigger, something starts us down a path to further understand or relive an experience—a memory.

“As a recorder, the brain does a notoriously wretched job.”1 If given the choice, most of us will trust a photograph over someone else’s recollection of an event. Although images capture ‘fac’’ quite literally, alone they are void of the nuances and context necessary to serve as a time-machine as powerful as the other human senses. And yet, photographs are memory.

For the four photographers in this exhibition—Cyrus Karimipour, Paula Luttringer, Angie Buckley, and Pedro Isztin—memory is fuel. Through uniquely personal approaches, each one has created imagery that deals with powerful aspects of remembrance.

Everyone thinks, feels, experiences, and remembers things differently. Our senses are continuously challenged by a world that assaults the safety of how we remember or would prefer to, and the brain makes sense of the chaos in the best way it can. These artists express how the most emotionally laden experiences persist, and those left untouched most likely become memory traces—fragile and ephemeral.

Their work will remain, even if memories change and fade.

1 Joshua Foer, “Remember This: In the Archives of the Brain, Our Lives Linger or Disappear,” National Geographic (November 2007): 44.

Angie Buckley, growing up with a mother from Thailand and a Caucasian American father, did not know her family history for many years. She relied on the conflicting memories and stories of relatives to piece together her heritage. Buckley received her BFA in Photography from Ohio University and her MFA in Photography from Arizona State University. She teaches at University of Colorado Denver and is also a portrait photographer. Buckley has received various awards, and her work has been exhibited nationwide, including at the Southern Light Gallery in Amarillo, TX; the McDuffy Arts Center in Virginia; and at New York University. Recent publications include Tricycle: The Buddhist Review and Coup Magazine.

Pedro Isztin was born to a Colombian mother and Hungarian father. His work explores and reflects this diverse heritage through many countries in the Americas and Europe. Isztin has exhibited and published nationally and internationally including recent exhibitions at Espace Odyssée in Gatineau, Canada, and at FOTONOVIEMBRE 2007 in Tenerife, Spain. The subjects of Destino III were a combination of old friends and family. Each of the models is shown with a photo of themselves that signified a significant moment in their lives. Isztin has received numerous awards and grants, including Photography Project grants from the Canada Council for the Arts, and the Ontario Arts Council. Isztin lives in Ottawa, Canada.

Cyrus Karimipour revels in the flexibility of memories and uses his images to visually recreate them to depict how he remembers an event or encounter. In his series Invented Memory, he heavily manipulates his negatives to create ambiguous imagery that looks as if seeing someone else’s dream. Karimipour received his BA in English from Oakland University and his MFA in Photography from Cranbrook Academy of Art. His work has been exhibited nationwide, including the Griffin Museum of Photography in Winchester, MA; The Museum of New Art in Detroit, MI; and Three Walls in Chicago, IL. He is represented by the Robert Kidd Gallery in Birmingham, MI.

Paula Luttringer faces her own traumatic past, infusing her imagery with what other women remember about being abducted and held captive during Argentina’s Dirty War. Lamento de Los Muros (The Wailing of the Walls) consists of large black-and-white images, which depict the interior of the detention centers where thousands of people were held, tortured and “disappeared.” The images capture both history and memory. Luttringer’s photographs have been shown internationally. She has received awards such as a fellowship by the Guggenheim Foundation in 2001. Her work appears in the collections of the Museo Nacional de Bellas Artes, Buenos Aires; the Museum of Fine Arts in Houston, TX; and George Eastman House in Rochester, NY. She currently lives and works in Buenos Aires and Paris.

Miriam Romais, the guest curator of this exhibition, is the executive director of En Foco (www.enfoco.org), a non-profit organization that supports contemporary photographers of diverse cultures, primarily US residents of Latino, African, and Asian heritage, as well as Native Peoples of the Americas and the Pacific. She received a BFA from Rutgers University, and has curated many exhibitions for En Foco and independently. As a panelist/reviewer she has served with FotoFest in Houston, TX; Center in Santa Fe, NM; Photo Lucida in Portland, OR; the Bronx Council on the Arts; the New York Foundation for the Arts; the New York State Council on the Arts; the Lower Manhattan Cultural Council; the New York City Department of Cultural Affairs; and the Center for Photography at Woodstock, where she is also on the board of advisors. As a photographer, she has been awarded a Photography Grant from the Puffin Foundation, artist residencies at Light Work and the Photographic Resource Center, and Visual Arts Travel Grants from the Mid Atlantic Arts Foundation. Romais is Brazilian-American.