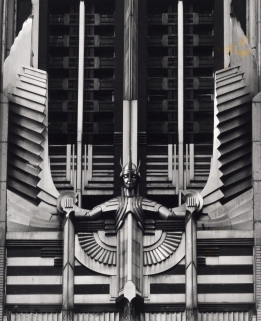 “I made my first photograph with a Brownie at age 7. My father, who had photographed and done his own processing and printing starting in the late 1910s, gave Brownies to my sister and me at the same time, probably to eliminate jealousy or competition. I remember being fascinated by that little black box, pushing the white button on the side and waiting anxiously to see the results.” – Andrew Buck

With great sadness, we share news of the recent passing of photographer Andrew Buck. An alum of Syracuse University’s School of Architecture and Fine Arts (‘72), Buck was also a founding board member of Light Work. Our organization was a privileged beneficiary of Andrew’s early fascination with photography and his dedication to building a community of like-minded enthusiasts. In 1973, his solo exhibition was the inaugural show in the burgeoning endeavor that was Light Work and Community Darkrooms. Later featured in group exhibitions in 1985 and 2013, Buck’s images also appeared in Contact Sheet 173 and are now in our permanent Collection.

Buck’s Niagara Mohawk #1 captures the prowess of architect Melvin King. His resolute image of The Spirit of Light (1971), perched upon the National Grid building in downtown Syracuse, New York, reveals a photographer who was devoted to his craft and explored the art of photography with a practiced eye and cool determination. Later in his practice, Buck became particularly interested in panoramic cameras and worked on an extended series of panoramic studies of rock quarries, exploring them as land art on a massive scale. He kept in touch with Light Work over the years. Though he lived in Connecticut, he still sent scanning and printing jobs to the Lab.

We are proud that we were a long-standing part of his career and we remember with appreciation and gratitude his contributions to this organization’s legacy. We are among many who will miss him.

COVID-19 and Our Community : A Letter From Light Work’s Director

Listen to the Light Work Podcast. Today’s Artists. On Photography.
Scroll to top