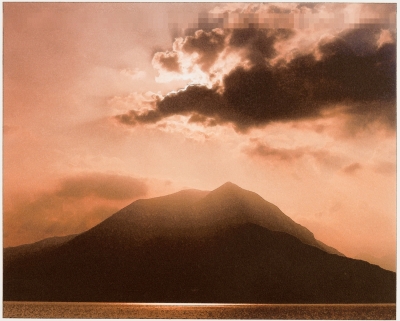 Stuart Rome, a Light Work artist-in-residence in 1978 shares memoriam tribute to his dear friend John Pfhal. Pfahl passed on Wednesday, April 15, 2020, due to pre-existing medical conditions complicated by COVID-19. He was 81.
—

One of the saddest and most difficult jobs has got to be writing an obituary for a dear friend — and John Pfahl was that and more.

I attended R.I.T. starting in 1971 amongst an incredible freshman class and teachers to match, but the one who stood out was John Pfahl, who at the time was making photo installation sculpture. I had never seen anything like that and when I returned for my second year, it was with the goal of studying with John.

I, like many, have had my share of good and bad luck and one of the luckiest moments was connecting with John in his introduction to color class. John encouraged me as any good teacher would, but he also took an interest in my welfare. At the time, I was working as a janitor at the school to pay my way and in the summer cleaning students dorm rooms was especially depressing. I remember John phoning to offer the opportunity to work with him on what would become his breakthrough series, Altered Landscapes. I was so depressed that I initially passed up the opportunity, thinking that my mood would negatively affect his work, but he wouldn’t take no for an answer.  John drove from his home in Buffalo to where I was living on the outskirts of Rochester, made me pack a bag and he drove me to his home, where I spent the better part of that summer working as his assistant. That year, I became like family to both John and his wife, Bonnie Gordon, and from then on they treated me like one of their household. That summer, working daily with John at Art Park in Lewiston, NY, showed me what life as an artist looked like and I was hooked.

After I left Rochester, we kept in touch weekly and if I didn’t call, John would call me to make sure everything was OK. A few years later, when my graduate thesis show opened in Tempe, Arizona, much to my surprise, the first person that walked through the door was John Pfahl. John visited me many times in the many places I lived through the years and when he first got sick with cancer in the ’80s, I started visiting him more often in Buffalo.

John beat the cancer the first time, but it resurfaced a few years later and he beat it once again. The third time the cancer returned was just weeks before I was to leave for a year to work on a photo project in Indonesia and I drove up to Buffalo to see him in hospital to say good-bye, hoping that it would not be the final visit, and he asked me a favor. If he survived, could he come visit with me. When he was a boy, he saw a National Geographic article about central Sulawesi and always wanted to go there and, of course, I agreed. He survived and came to visit and our trip together, photographing side by side is one my happiest memories.

There are so many stories I could tell that would illustrate John’s playful sense of humor, his abiding intellect and his remarkable generosity, but that will keep for now. I still remember a sweltering Philadelphia swamp of a June day a quarter of a century ago when John walked into what would become Isaiah Zagar’s Magic Garden decked out in a sarong to be best man at my wedding. It feels eternally like yesterday.

Truly, the best possible luck was having John enter my life when he did and remain a close friend, critic, and confidante. The worst was losing him last week. Some memories have a life all their own.