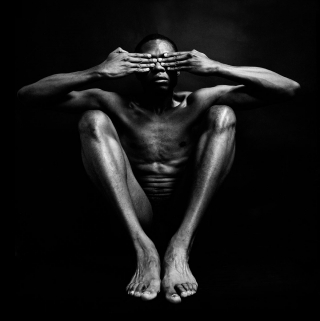 Light Work is pleased to announce a lecture and panel discussion in conjunction with the exhibition of Rotimi Fani-Kayode (1955-1989).

Rotimi Fani-Kayode was a Nigerian-born photographer, who moved to England at the age of twelve to escape the Nigerian Civil War. Through his photography he explored the tensions created by sexuality, race and culture. The lecture/panel will be presented and moderated by M. Neelika Jayawardane, and includes guest speakers Remi Onabanjo, Elliot Ross, and Derica Shields.

M. Neelika Jayawardane is associate professor of English at the State University of New York-Oswego, and an Honorary Research Associate at the Centre for Indian Studies in Africa (CISA), University of the Witwatersrand (South Africa). She is a senior editor and contributor to the online magazine, Africa is a Country. Jayawardane was born in Sri Lanka, grew up in the Copperbelt Province in Zambia, and completed her university education in the United States. Her academic publications focus on the nexus between South African literature, photography, and the transnational/transhistorical implications of colonialism and apartheid on the body.

Remi Onabanjo is a Nigerian-born curator and art critic. She holds an undergraduate degree from Columbia University, and is pursuing an MPhil in Visual, Material and Museum Anthropology at Oxford University. Raised in South Africa, Tanzania and the USA, she has assisted with exhibitions at the Museum of African Design (Johannesburg, South Africa) and with No Longer Empty (New York City, USA), curated group exhibitions in New York City, and is currently assisting with exhibitions at The Walther Collection and The Metropolitan Museum of Art. Her research interests are concerned with the photographic archive, the legacies of African art objects in museum collections, and gender and sexuality in contemporary art of Africa and the African diaspora.

Elliot Ross is a PhD candidate in English and Comparative Literature at Columbia University, and holds graduate degrees from the University of Cambridge and Columbia University. He was Fulbright-Alistair Cooke Scholar for 2010, and his writing on politics, culture and literature has appeared in publications such as The Guardian, Al Jazeera, The Washington Post, Guernica and The London Review of Books. He is senior editor at Africa is a Country, a web magazine of African political and cultural affairs. Elliot’s current research examines colonial reparations claims and questions of narrative.

Derica Shields is a writer, editor, and film curator from London who lives in New York. Her research interests include black diasporic literature, visual art, film, and futurisms. In 2013, she co-founded The Future Weird, a screening series where she brings together experimental films by black and brown directors with archival clips to curate screenings-cum-visual essays. At London’s 2014 Frieze Art Fair, Derica gave a talk for Rhizome and the ICA on the black woman cyborg in 1990s music videos, an idea which she is currently expanding for Tank Magazine, and Girls Like Us. She is a contributing editor at The New Inquiry and a story editor at Rookie Mag, although her favourite job as an independent researcher for a feature film about black British migrants in 1950s and ’60s London. She holds a degree in English from Cambridge University, and an MA in Africana Studies from Cornell.

This event is free and open to the public. Presented in partnership with Autograph ABP, London.