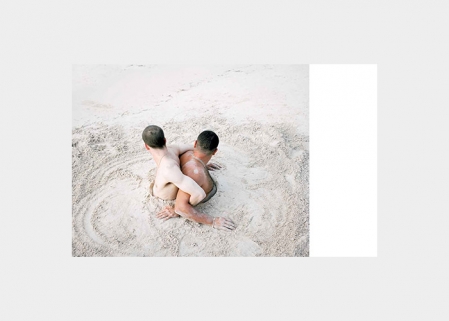 We are thrilled dto announce Light Work 2019 Photobook Award recipient Rose Marie Cromwell will be signing copies of her award-winning debut photobook, El Libro Supremo de la Suerte, on Saturday, April 6, from 2-4 PM in Booth #613 at The Photography Show, presented by AIPAD in New York. We have fewer than 100 copies of Cromwell’s visual novella in stock, so be sure to arrive early to add this photobook to your collection.

Rose Marie Cromwell’s El Libro Supremo de la Suerte (The Supreme Book of Luck) is the result of eight years she spent traveling to Havana to make pictures, from 2005 to 2013, and pays homage to a Cuba that she grew to love over that time. Through a lyrical sequence of images of everyday rituals, she captures a multilayered Cuba that continues to defy expectations. Cromwell’s photographs take us to a place that is, most of all, profoundly human. Through this, she expresses her belief that even intimacy is political.

Rose Marie Cromwell is a photographer and video artist based in Miami. Her work explores globalization’s effect on human interaction and social politics and the tenuous space between the political and the spiritual. Cromwell received a BFA in Art Photography from Maryland Institute College of Art in 2005 and an MFA in Art Photography from Syracuse University in 2013. Cromwell received both a Fulbright Research Grant and a Syracuse University Graduate fellowship. The Center for Documentary Studies named her one of 25 Under 25 Up and Coming American Photographers in 2008 and the British Journal of Photography listed her as One to Watch in 2017. She has had solo exhibitions at the Antitesis Art Space and the Diablo Rosso Gallery, both in Panama City, Panama, and participated in the 1st Biennale del Sur in Panama City, Panama and Prizm Art Fair in Miami, Florida. Cromwell has published artwork online and in print in a variety of international magazines, including ARC Magazine, Camera Austria, Musee Magazine, The New York Times, The New Yorker, The Oxford American, Time Lightbox, and Vice Photography. She participated in Light Work’s Artist-in-Residence Program in September 2014.

ABOUT AIPAD
One of the world’s most prestigious annual photography events, The Photography Show is the longest-running and foremost exhibition dedicated to the medium, offering a wide range of museum-quality work, including contemporary, modern, and 19th-century photographs as well as photo-based art, video, and new media. The Association of International Photography Art Dealers (AIPAD) will hold The Photography Show for the 39th time on April 4-7, 2019, at Pier 94, in New York City.