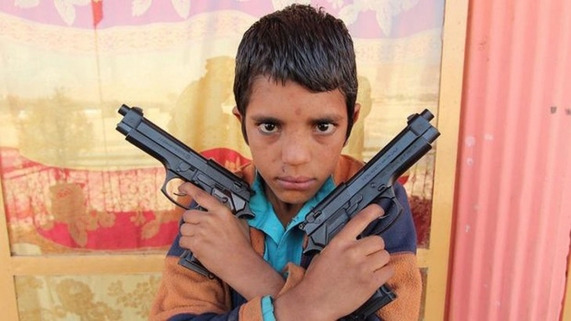 2013 Light Work AIR George Gittoes recently shared a preview link for his upcoming project Snow Monkey, a film that looks at the politics, culture, and society of Afghanistan through the stories of ice cream boys wandering wandering the streets of Jalalabad. Poet, essayist, art and cultural critic David Levi Strauss wrote George a letter in response to his first viewing of the film. He has kindly agreed to allow us to publish the letter in support of the movie, which premieres today at the Melbourne International Film Festival in Australia.

It’s 4 o’clock in the morning here, and I’ve just watched your Snow Monkey. Once I started it, I couldn’t stop. It’s a powerful film, and says more about what’s happened and is happening in Afghanistan than a hundred other docs or news reports put together.

To me, the structure is quite classical—a series of linked stories or songs—punctuated, devastatingly, by the inhuman sight and infernal sound of helicopters and drones. The allegory is stronger for being less didactic. Lives being lived. And suddenly blasted apart.

The old Kuchi shaman. Three boys with three turkeys for Eid. The tears of the 21-year-old heroin addict. The raucous parade of “The Gangs of Jalalabad.”

I laughed a lot, it’s true, but at the end of the film, I cried, and, in the end, it wasn’t for Shazia and Steel (the greatest screen couple since Bogart and Bacall), or sweet Irfan and his father, or Gul Mina (the reigning daimon of the film), all of whom are portrayed here by you like Rilke’s lions, “all unaware, in being magnificent, of any weakness,” but for everyone outside the film, locked in this madness.

Thank you for making this beautiful film, George. I’ll do everything I can to get people to see it in the U.S.