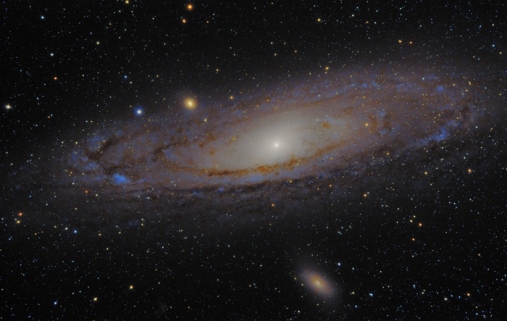 Light Work Lab is pleased to present our Instructor Profile series – featuring interviews with our workshop and class instructors. We want you to get to know them, their work and their interests.

Today we interview Stephen Shaner who is teaching both a 5 week workshop on Photography in the Studio as well as a single session class on Astrophotography.

Stephen Shaner started taking photographs while studying journalism in college. He graduated from the Rochester Institute of Technology with a degree in Photographic Illustration / Photojournalism. After graduation, he served as a newspaper photojournalist for six years before leaving to pursue freelance work and teach. Stephen’s photographs have won numerous awards and his work has been published and displayed throughout the U.S.

LWL: What do you like the most about working in the studio?

The studio is a blank canvas; you start with an empty space and an opportunity to transform it to create nearly any image you can dream of. When you strip photography down to its bare elements, as in the studio, you better understand why and how things work, you become acutely aware of light and its relation to the subject and can focus on creativity. That’s refreshing in a medium often bogged down in endless discussions of gear and software. No matter what your primary photographic interest – nature, fashion, documentary, fine art – in the studio you’re able to freely explore that.

LWL: How did you get into astrophotography?

I’ve always had an interest in the night sky and for fun took astronomy courses while in university. It wasn’t until I was working as a photojournalist in the late 90’s and photographed the spectacular comet Hale-Bopp that I wanted to try astrophotography. At the time, however, long exposure, deep sky imaging required a significant investment to achieve modest results. Now technology (the CCD revolution) has evolved to where amateurs with modest budgets can make photos in their backyard which rival those only possible at professional observatories a few years ago. One thing that’s constant, sadly, are central New York’s cloudy skies!

LWL: Who should take your classes?

Anyone who wants to explore their own creativity and interests. When I think back to all the instructors I’ve had the ones who stand out as exemplary are those who, while accomplished themselves, didn’t hold their own artistic sensibilities above everything else and were genuinely excited and passionate about their student’s work.

I’m fortunate to have photographed in so many different genres for work and for pleasure and because of that practical experience I can demonstrate how simple it is to achieve excellent technical results with the gear people already own. But I always emphasize ideas because ultimately that’s what photography’s about.

LWL: Tell us about your personal work.

For the past decade my interest has been in areas of conflict; specifically people who, by accident of birth, live amidst violence in ongoing conflicts. It’s the kind of work I’ve always wanted to do and why I first started taking pictures. The camera is a vehicle that affords you an opportunity to meet people in situations far removed from your own, a way to understand the world and a chance to have what I consider genuine experiences, something increasingly harder to find in a culture where the message seems to be one of security, conformity and reality by proxy.

Register for Stephen’s class at lightwork.org/workshops