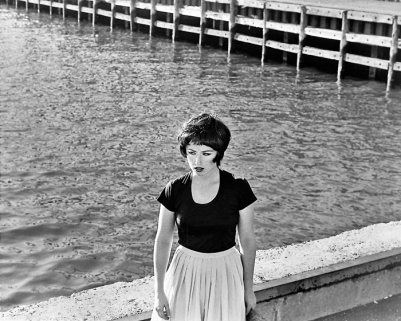 This month The Museum of Modern Art will be opening what is likely to be one of the most talked about exhibitions of the year, a large Cindy Sherman retrospective.

Bringing together more than 170 photographs, this retrospective survey traces the artist’s career from the mid 1970s to the present. Highlighted in the exhibition are in-depth presentations of her key series, including the groundbreaking series “Untitled Film Stills” (1977–80), the black-and-white pictures that feature the artist in stereotypical female roles inspired by 1950s and 1960s Hollywood, film noir, and European art-house films; her ornate history portraits (1989–90), in which the artist poses as aristocrats, clergymen, and milkmaids in the manner of old master paintings; and her larger-than-life society portraits (2008) that address the experience and representation of aging in the context of contemporary obsessions with youth and status. The exhibition will explore dominant themes throughout Sherman’s career, including artifice and fiction; cinema and performance; horror and the grotesque; myth, carnival, and fairy tale; and gender and class identity. Also included are Sherman’s recent photographic murals (2010), which will have their American premiere at MoMA.

Sherman, now regarded one of the most important and influential artists, was in fact a Light Work Artist-in-Residence in 1981, featured in a Light Work Gallery exhibition in 1985, published in Contact Sheet, and has a few of her pieces included in the Light Work Collection!

Those of you in New York City, mark your calendars:

More info about the exhibition here.