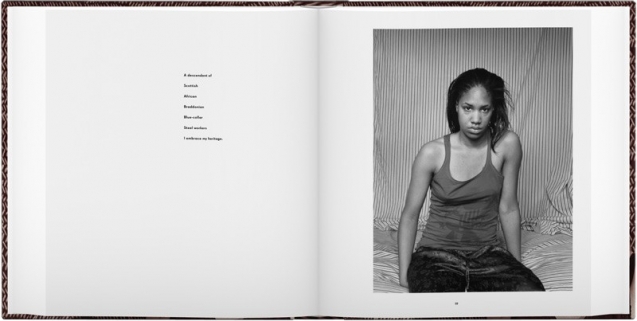 Light Work would like to invite you to a lecture, reception and book signing by LaToya Ruby Frazier on Thursday, Oct. 30 on occasion of her new book, The Notion of Family. Frazier’s lecture will begin at 6:30 p.m. in Watson Theatre located in the Robert B. Menschel Media Center on Syracuse University’s campus. The lecture will be followed by a reception and book signing. Signed copies of this anticipated new publication will be available for sale for $75. Purchases include an annual Contact Sheet Subscription ($40 value).

For those that cannot attend the event, signed copies of The Notion of Family can be pre-ordered online here.

*Watson Theatre and the Robert B. Menschel Media Center are located in the same building as Light Work. Watson Theatre is located directly across the hall from our main gallery space, the Kathleen O. Ellis Gallery.

Travel Photography is Not About Travel
Scroll to top