Tag Archive for: Best from the Rest 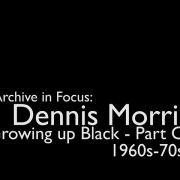 In this selection from his archive, Dennis Morris gives us a beautifully well-judged and eloquent portrait of the black diaspora, frozen at a particular moment in time. It is pregnant with anticipations of what is still to come, infused with future possibilities. We are invited to read these images backwards and forwards. Growing up black in the 1970s, they suggest, was not so much a state of being as a state of becoming.

Growing Up Black charts not just the history of Black Britain but Britain itself. Published by our friends at Autograph ABP, the renowned photographer Dennis Morris captures intimate moments within the black community, his images recording the frequently contested history of the first generation to call themselves black.

Dennis Morris started his career as a photographer at an early age. He was 11 years old when one of his photographs was printed on the front page of the Daily Mirror. As a young boy in the church choir, he was given a camera which was to spark his lifelong passion for photography. Growing Up Black is a beautifully designed, thought provoking monograph which documents domestic life in 1960s and 70s Hackney, East London, where Morris moved with his family aged 4.

Limited to an edition of 500 with a signed silver gelatin print by Dennis Morris, Growing Up Black blurs the boundaries between social commentary and art object and reveals the foundations of Dennis Morris’ photographic journey.

Today’s New York Times Lens blog features the series That Year of Living by Jeffrey Henson Scales, whose exhibition of the same title will be on view in the Light Work Main Gallery until July 10. That Year of Living is comprised of images that were made in the year following Scales’ treatment for prostate cancer—what began as an exercise in the process of healing concluded in renewing his passion for engaging life on the street. The Lens has a great slide show of the work as well as an essay by Meg Henson Scales.

That Year of Living is also the subject of Contact Sheet 161.

Check out this great notice for Laura Heyman’s exhibition Pa Bouje Ankò: Don’t Move Again in the latest issue of The New Yorker. The Palitz Gallery in New York City, where Don’t Move Again will be on be on view until June 16, is the location for the latest staging of this exhibition, which premiered in the Light Work Main Gallery in September 2010. Click here to read more about the show and to see more images from the project, which captures life in Haiti before and after the 2010 earthquake. Make sure to stop by the Palitz Gallery, at the Lubin House, before June 16 to see the prints in person if you’re in the area. You can also read about the work in Contact Sheet 158.

That Year of Living, an exhibition of work by Jeffrey Henson Scales, will be on view at the Light Work Main Gallery until May 27. Click here to read more about this amazing series, which was made in the time after Scales had been diagnosed and successfully treated for cancer.

Before the opening reception for the show yesterday, Scales gave an interview about his work to WSYR. In the interview, Scales also talks about what makes a good photograph, making work on the streets of Manhattan, and his #1 tip for taking pictures (take a lot of them!). 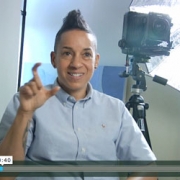 Check out this fantastic video interview of Lola Flash by Nono Osuji. Lola talks about many things, including being honest in your work as an artist, her first camera (a Minox), addressing racism and homophobia in her images, and the latest phase of her ongoing project Epicene. 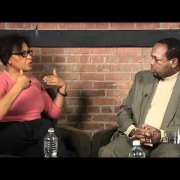 Check out this amazing conversation between Carrie Mae Weems and Duke University Professor Mark Anthony Neal from Left of Black. They talk about many of Weems’ iconic series, including the Kitchen Table Series, From Here I Saw What Happened and I Cried, Slow Fade to Black, Constructing History, and her latest project, in collaboration with Social Studies 101, called Operation Activate, a grass roots public art anti-violence intervention in Syracuse, New York. We’d love to hear your thoughts about the interview, and it would be great to hear from people living in Syracuse about how Operation Activate has impacted the community. Please leave your comments down below! 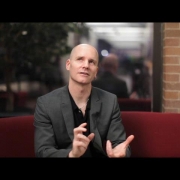 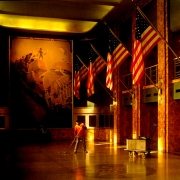 I would like to thank Dawoud Bey for his very thoughtful and considered blog entry about censorship at the National Portrait Gallery and the larger historical and cultural implications of this attack. While there are many subtexts to this controversy, and to the many attacks that have come before, that have used moral outrage to justify discrimination, it is critical to place all of these attacks into a clear context of what they truly are — an attack on the core American value of free speech that is guaranteed by the rule of law.

Many of those who are calling for censorship of free speech say that the government should not be supporting art they don’t agree with or find offensive. If you dig down deep enough there are very few endeavors in the United States that the government does not support or help make possible. When we eat anything made from corn, or travel or ship goods on an interstate highway or through an airport, or simply turn on the faucet and have clean drinking water, all of those things and many, many more are made possible with government support. All of these essential things are the benefit of living in a free society. In order to keep America free there is no doubt that the government should support free speech.

If you can control and limit free speech, then you can control people, and that is real power. Freedom, and especially freedom of speech, so clearly defines who we are as Americans. We are a country with over 300 million citizens who are encouraged to speak their minds and there will always be opposing viewpoints on most issues and subjects. One of the great roles that artists play in our society is to ask difficult questions of how we are negotiating our progress as a culture. Artists celebrate the joy and triumph of the human spirit and illuminate the darkness and despair of our struggle. The only way for us to continue to move forward is to allow ideas to be contested in the public arena and to keep expression and speech free.

There will always be subtexts of whose voice or what group is being attacked when censors try to prevail, but any attack on free speech is an attack on us all, and that is what must be resisted at all costs. In the United States we all need to unite to preserve free speech.

Best from the Rest is a new feature that will highlight really wonderful articles from our favorite blogs and online magazines. For this very first Best from the Rest, we’re doing something a little different — I’m featuring a whole website, and one that’s text-based, for a very special reason. Timing and urgency make this necessary.

The website hideseek.org is a clearing house of information about the controversy that has risen surrounding the removal of David Wojnarowicz’s video A Fire in My Belly from the National Portrait Gallery’s exhibition Hide/Seek: Difference and Desire in American Portraiture. The site offers links to a growing number of articles chiming in on the issues, including the excellent piece written this past weekend by Holland Cotter for the New York Times. The site also offers a list of screenings going on all over the country in support of the work and freedom of expression, including the screening being hosted by Light Work and ArtRage tomorrow night.

Censorship of this kind must be acknowledged and discussed publically. This is the best way to restart discussion and dialog that conservatives, and in this case the National Portrait Gallery, decided that we shouldn’t have. When institutions begin to retroactively recurate their exhibitions based on political pressure, this is bad news for everyone, especially those who would like to make up their own minds about the work and the issues it addresses.

Take a look at hideseek.org and let me know what you think in the comments.