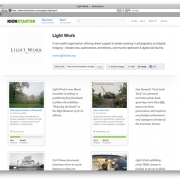 Light Work is happy to work with the crowd-funding platform Kickstarter to offer a curated page of interesting photography projects from our community and beyond!

The latest addition to our curated page is by 2011 Light Work Artist-in-Residence and now Associate Director Shane Lavalette. Shane has just launched an exciting Kickstarter campaign to help produce a photobook project to follow his upcoming “Picturing the South” exhibition at the High Museum of Art in Atlanta.

If you have a Kickstarter project you’ve launched, let us know about it! 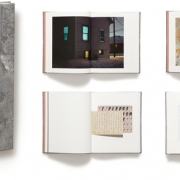 Redheaded Peckerwood is a work with a tragic underlying narrative — the story of 19 year old Charles Starkweather and 14 year old Caril Ann Fugate who murdered ten people, including Fugate’s family, during a three day killing spree across Nebraska to the point of their capture in Douglas, Wyoming. The images record places and things central to the story, depict ideas inspired by it, and capture other moments and discoveries along the way.

During his residency at Light Work in 2010, Patterson completed the original edition of hand made artist books of Redheaded Peckerwood that would later be the basis for the trade edition published by MACK. The first edition of the book sold out in just months and now the second edition, which includes a few updates and extras, is in circulation. Be sure to secure a copy before they’re gone too!

To pre-order a signed copy of Redheaded Peckerwood click here 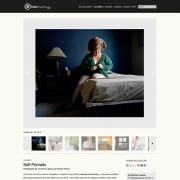 Light Work teams up with Flak Photo again to launch a gallery of Jen Davis‘ Self-Portraits accompanied by a short essay by Light Work Director Hannah Freiser, both of which were originally published in Contact Sheet 165 (the catalog produced in conjunction with the Light Work exhibition looking & looking, photographs by Jen Davis and Amy Elkins).

Be sure to see the gallery online, and if you haven’t already become a subscriber to Contact Sheet to support Light Work’s program and receive beautiful publications in return!