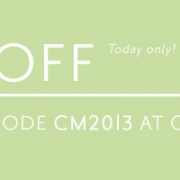 This season, consider a giving the gift of photography. Subscriptions to Contact Sheet, collectible prints, and signed books all make wonderful gifts for friends and family. And don’t forget, prints can now be framed in black or white for only $150. Select your framing options at checkout.

It gets better. For “Cyber Monday” — yes, today only! — we are offering 15% OFF the price of limited edition prints, signed books, and Contact Sheet subscriptions.

Just use the code CM2013 at checkout to save. 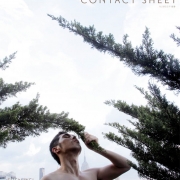 Light Work is pleased to announce the solo exhibition I Miss You Already by Chinese artist Shen Wei. Wei uses his self-portrait series as a place for self-discovery and contemplation. Each image captures a momentary experience that describes the coming together of person and place. Many of the photographs are intensely sexual. His images invite others into his solitude by quietly beckoning or openly drawing the viewer in. They tease the camera, and therefore the viewer, in various degrees. That Wei is an attractive and physically fit young Asian man plays an important part in how his work addresses desire in the context of identity and bridges cultural and sexual barriers.

Shen Wei has exhibited his work internationally at venues such as the Museum of the City of New York and Lincoln Center Avery Fisher Hall in New York, NY; the Philadelphia Museum of Art in Philadelphia, PA; the Harn Museum of Art in Gainesville, FL; and the CAFA Art Museum in Beijing, China. Wei’s first monograph, Chinese Sentiment, was published by Charles Lane Press in 2011. Wei is the recipient of the Rockefeller Foundation Bellagio Center Artist Residency, the Asian CulturalCouncil Arts & Religion Fellowship, the Griffin Award from the Griffin Museum of Photography, the Urban Artist Initiative New York City Fellowship, the Light Work Artist-in-Residence Program, and more. Wei’s work is included in permanent collections of the Museum of Modern Art (MoMA), the Museum of Chinese in America, and Rockefeller Brothers Fund in New York, NY; the J. Paul Getty Museum in Los Angeles, CA; the Philadelphia Museum of Art in Philadelphia, PA; the Museum of Contemporary Photography in Chicago, IL; the Museum of Fine Arts in St. Petersburg, FL; the Florida Museum of Photographic Arts in Tampa, FL; the Kinsey Institute in Bloomington, IN; and the Library of Congress in Washington, DC. He is represented by Daniel Cooney Fine Arts in New York, NY. Additional images by Wei may be viewed at www.shenphoto.com. 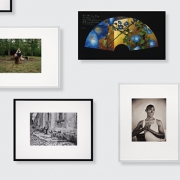 Just in time for the holidays, we are very excited to introduce framing options for our Fine Print Program for only $150! Get prints archivally framed for display in your home, or as the perfect gift for friends and family.

Add prints to your shopping cart and at checkout you will be prompted to select your desired framing. Frames come in black or white metal. Matted photographs are set behind UV plexi to protect the longevity of your print.

In celebration of our 40th anniversary we are offering 10% OFF the price of limited edition prints, signed books, and Contact Sheet subscriptions. Just visit our Facebook page, “like” us, and you’ll find a code which you can use at checkout to apply the discount. It’s that easy. 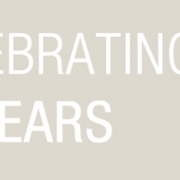 Please accept this invitation to begin or renew your subscription to Contact Sheet, one of the longest-running photography publications in the world, dedicated to supporting emerging and under-recognized artists working in photography. In celebration of our 40th anniversary we will be producing a redesigned and expanded edition of The Light Work Annual, as well as launching a stunning new website, which will serve as a comprehensive resource and destination for contemporary photography.

Support our mission and get something back in return! Our 2013 Subscription Program features a Master Print Edition by Duane Michals, Fine Print Program Prints by Keliy Anderson-Staley, Shane Lavalette, and Mark Steinmetz, as well as a Book Collectors Offer for a signed copy of The Code by John Gossage.

Browse all of our prints and books online here. 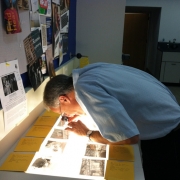 Sign up now for the last of the fall courses!