Join Light Work and Aspen Mays for the reception for her exhibition Newspaper Rock.

Aspen Mays approaches her art-making practice with some of the same methods she learned acquiring a degree in anthropology. By embracing the art and science of photography her projects often begin by tracking down information, ideas, and experts in a variety of fields, including astronomy. She collects, unearths, and creates images and objects that celebrate the complex and sublime beauty of the physical universe. Her images question our capacity to comprehend, while expressing our deep desire to find meaning in the unknown.

Her fieldwork has included a year in Chile in the Atacama desert and in Santiago at the University of Chile’s National Observatory, known locally as Cerro Calán. Because of its high altitude, dry air, and almost non-existent clouds, the Atacama desert of Chile is one of the best places in the world to conduct astronomical observations. In the desert, with only the naked eye, Mays could view the night sky in stunning clarity and detail. “The Milky Way is so bright in the desert that it casts a shadow on the ground,” she says. As she stood in the light she realized, “I knew something that is impossible to know, an awareness of how tiny I am and how connected.”

Mays’s search for sublime ambiguity took her on a recent cross-country trip through the Petrified Forest in Arizona to view Newspaper Rock, a giant prehistoric petroglyph covered with hundreds of messages, symbols, or stories. Confounded by the meaning of these drawings incised in rock and occurring all over the world with amazing similarity, scientists argue they could be of religious significance or perhaps astronomical guides. Mays was drawn to the mystery and presence of a hand-drawn message from prehistory and began to think about them in relation to her collection of darkroom tools. Cobbled together with tape and cardboard, her collection of hand-made dodging, burning, and masking tools had its origins in the Cerro Calán darkroom. Placing them on photographic paper and working directly with light itself, Mays creates her own abstract patterns, forms and pictograms, enigmatic taxonomies of a disappearing photographic process. In a conversation about this exhibition Mays asked, “Which is more profound, using cameras to image the cosmos or the anonymous woman in a hydrangea garden?” Throughout this exhibition Mays explores this dilemma with great curiosity and delight as she invites us to consider small and big questions we can only dimly comprehend.

Aspen Mays grew up in Charleston, SC. She received her MFA from the School of the Art Institute of Chicago in 2009 and a BA in Anthropology and Spanish from University of North Carolina-Chapel Hill in 2004. Her solo exhibitions include Every leaf on a tree at the Museum of Contemporary Art, Chicago, IL; From the Offices of Scientists at the Hyde Park Art Center, Chicago, IL; Sun Ruins at Golden Gallery, New York; and Ships that Pass in the Night at the Center for Ongoing Projects and Research (COR&P) in Columbus, OH. Mays was a 2009-2010 Fulbright Fellow in Santiago, Chile, where she spent time with astrophysicists using the world’s most advanced telescopes to look at the sky. Mays lives and works in Los Angeles, CA and Columbus, OH where she is an Assistant Professor of Art at Ohio State University. 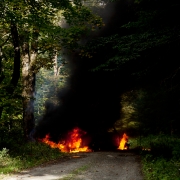 Light Work is pleased to announce the 2014 Light Work Grants in Photography competition. Light Work began offering grants to CNY artists in 1975 to encourage the production of new photographic work in the region. Three $2,000 grants will be awarded to photographers who reside within an approximate 50-mile radius of Syracuse, N.Y. The recipients of these grants are invited to display their work in a special exhibition at Light Work, and their work will also be reproduced in Light Work’s award-winning publication, Contact Sheet: The Light Work Annual.

In its 40-year history, Light Work Grants have supported more than 110 artists, some multiple times. With the help of the regional grant, many artists have been able to continue long term projects, purchase equipment, frame photographs for exhibitions, promote their work, collaborate with others or otherwise continue their artist goals.

Three judges from outside the grant region will review the applications. Their decisions are based solely on the strength of the candidate’s portfolio and completed application. Individuals who received this award in 2009 or earlier are eligible to re-apply. Full-time students are not eligible.

Applicants will receive an email confirming that we have received the application. If you have any questions about the application process, you may write to grants@lightwork.org 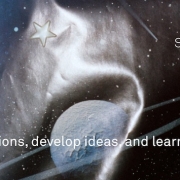 Light Work Lab is pleased to announce the roster of Spring 2014 Workshops on variety of topics for all experience levels.

Courses cover everything from the darkroom and technical foundations of photography to digital workflow and practical professional development. Whether you are just starting out or want to expand your skills and creative network, Light Work has the expertise, facility, and community to help you succeed. While enrolled, students have full access to our DIY facility for retouching, scanning and affordable printing.

For a complete list of classes, including those in April please visit www.lightwork.org/workshops