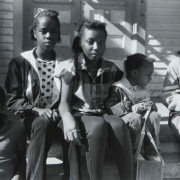 “Light Work Executive Director Jeff Hoone was thrilled to see former Urban Video Project and Light Work artists among the list of this year’s grant recipients, stating, “The visual arts have always been very important to the cultural climate of the University and we are very proud that the MacArthur Foundation has recognized so many of the artists who have participated in the programs at Light Work and the Urban Video Project. It is a great benefit for our students to have had contact with these important artists, and we look forward to building on these strengths and successes in the future.”

Each of the 24 “Genius” Grant recipients are selected for having “shown extraordinary originality and dedication in their creative pursuits and a marked capacity for self-direction.” Grant Fellows will receive a $625,000 award from the foundation “as an investment in their potential,” paid out over five years with no strings attached.

“For over forty years, Light Work has been an important place for artists from around the world to conduct artistic research, develop new projects, and exhibit their work as part of our programs in Syracuse. The MacArthur Foundation’s continued recognition of numerous artists whom we’ve had the pleasure of working with underscores the significance of the work they have contributed to the field and the value of supporting such creative minds. We certainly can’t take any credit for their genius, but we’re thrilled to get to know so many brilliant artists and to be able to be a part of their legacies. Dawoud Bey was selected by the MacArthur Foundation Grants committee for his “expansive approach to photography that creates new spaces of engagement within cultural institutions, making them more meaningful to and representative of the communities in which they are situated.” He participated in a Light Work residency program in 1985. In 2009 Bey’s photographs were part of Embracing Eatonville, a group exhibition in the Robert B. Menschel Photography Gallery in Syracuse University’s Schine Student Center. Bey’s limited-edition archival print, Five Children, was part of the Fine Print Program, and selected images from his body of work are part of Light Work’s expansive permanent Collection.

Born in Queens, Dawoud Bey began his formal training by apprenticing to local commercial and fashion photographer Levy J. Smith and later studied at the School of Visual Arts. He completed his undergraduate work at Empire State College and his MFA in Yale University’s graduate photography program. A former Guggenheim and NEA fellow, Bey is currently Distinguished College Art and Associate Professor of Art at Columbia College Chicago, where he has taught since 1998.

The Studio Museum in Harlem hosted Bey’s first one-person exhibition in 1979. He has since had numerous exhibitions worldwide, including The Art Institute of Chicago, The Barbican Centre in London, the Detroit Institute of Arts, the High Museum of Art in Atlanta, the Los Angeles County Museum of Art, the National Portrait Gallery in London, the Wadsworth Atheneum in Hartford, the Walker Art Center in Minneapolis, the Wexner Center for the Arts in Columbus, the Whitney Museum of American Art in New York City, and the Yale Art Gallery in New Haven. Trevor Paglen was selected by the MacArthur Foundation Grants committee for his “documentation of hidden operations of covert government projects and examining the ways that human rights are threatened in an era of mass surveillance.” Paglen’s Code Names was part of Urban Video Project’s architectural video installation at the Everson Museum of Art in 2010.

Paglen is an artist, writer, and experimental geographer whose work deliberately blurs lines between social science, contemporary art, journalism, and other disciplines to construct unfamiliar yet meticulously researched ways to see and interpret the world around us. His visual work has been exhibited at Pittsburgh’s Andy Warhol Museum, Berlin’s Transmediale Festival, Philadelphia’s Institute of Contemporary Art, the Istanbul Biennial (2009), San Francisco Museum of Modern Art (SFMOMA), and the Taipei Biennial (2008). Numerous publications have also featured his work, including Aperture, Art Forum, Modern Painters, Newsweek, The New York Times, and Wired. Paglen has received grants and commissions from Art Matters, Artadia and the Eyebeam Center for Art and Technology, and Rhizome.org. He is the author of three books. He holds a B.A. from the University of California, Berkeley, an M.F.A. from the School of the Art Institute of Chicago, and a Ph.D. in geography from UC Berkeley.
_

For more information about these and all of Light Work’s artists, please visit our Artist Index, Artist-in-Residence Program, Exhibtions,Chronology, and Collection. 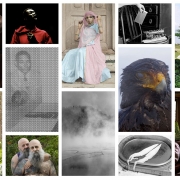 Every year Light Work invites between twelve and fifteen artists to come to Syracuse to devote one month to creative projects. Over 400 artists have participated in Light Work’s Artist-in-Residence Program, and many of them have gone on to achieve international acclaim.

The residency includes a $5,000 stipend, a furnished artist apartment, 24-hour access to our state-of-the-art facilities, and generous staff support. Work by each Artist-in-Residence is published in a special edition of Contact Sheet: The Light Work Annual along with an essay commissioned by Light Work. Work by former Artists-in-Residence is also part of the Light Work Collection.

We are pleased to announce the 2018 Light Work Artists-in-Residence! See past Artists-in-Residence at www.lightwork.org/air
Applications are now open for 2019. Apply at lightwork.slideroom.com