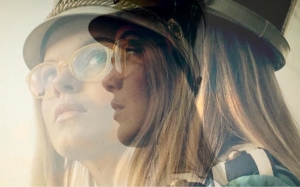 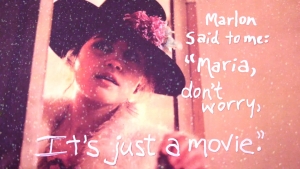 The short films in this program investigate the gendered body through tropes and traps of cinematic production, growing out of conversations (both recent and historical) about assault in the filmmaking industry. The results boldly reframe the gaze, the body, and representations of desire through resistance and the reclamation of film language.

I Dream You Dream of Me

A lone woman (Angelica Ross) marks her trail and sheds some excess baggage along the way. Reeder’s feminist horror fever dream offers a fresh take on the modern Western.

Ease the pain from past physical and mental distress. The body remembers. Aches may linger. Lie prone, breathe deeply, release tension. Instructional massage images sourced from dozens of bodywork books are altered, reordered, and overlaid to shift the emphasis from the actions on the body to reception of the touch. The tone of the animation changes from one of relaxation and healing to the dissociative and traumatic, reflecting on conversations from this past year surrounding bodies, massage, and assault.

This short experimental dance for screen tells a story using a visual language that juxtaposes classical ballet and masked professional wrestling in the lucha libre style.

Jennifer Reeder constructs personal fiction films about relationships, trauma, and coping. Her award-winning narratives borrow from a range of forms including after-school specials, amateur music videos, and magical realism. These films have shown around the world, including at the Sundance Film Festival, Berlinale, the International Film Festival of Rotterdam, SXSW, the Wexner Center, and in The Whitney Biennial. She is the recipient of Rockefeller and Creative Capital grants. She currently teaches in the School of Art and Art History at the University of Illinois in Chicago. More info: thejenniferreeder.com

Kelly Sears is an experimental animator that recasts and reframes American archetypes and institutions to reimagine our own social and political legacy.  She views animation as a critical practice, cutting out and collaging as a way to intervene and expand the context of appropriated source materials. Her award-winning films have screened at festivals such as Sundance, SXSW, American Film Institute, Los Angeles Film Festival. Programs of her short work have shown at the Pacific Film Archives in Berkeley, Anthology Film Archives in NYC, The Museum of Fine Arts, Houston, The Portland Art Museum, and the SF Cinematheque.  She has been awarded residencies by The MacDowell Artist Colony, Yaddo, Djerassi, The Core Program at the Museum of Fine Arts Houston, and the Galveston Artist Residency. She is the Associate Faculty Director for Undergraduate Studio Arts in Cinema Studies and Moving Image Arts at the University of Colorado, Boulder. More info: kellysears.com

Lauren Wolkstein is an American film director, writer, and editor. She is known for directing the 2017 drama-thriller The Strange Ones with Christopher Radcliff and serving on the directorial team for the third season of Ava DuVernay’s Queen Sugar. A 2017-2018 Women at Sundance fellow and 2018 MacDowell Colony Fellow. Wolkstein has been named a “New Face of Independent Film” by Filmmaker Magazine. Her films have screened at festivals, internationally including Cannes Film Festival, Outfest LGBT Film Festival, Sundance Film Festival, and SXSW. She is an Assistant Professor of Film and Media at Temple University in Philadelphia. More info: laurenwolkstein.com

Wendy Red Star: Baaeétitchish (One Who Is Talented)