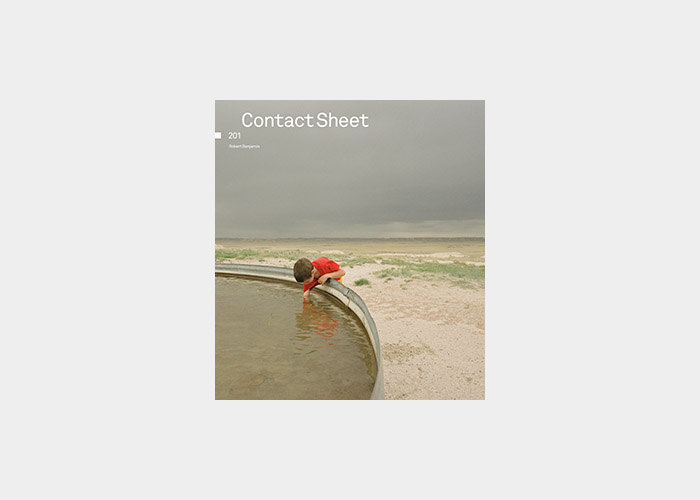 Light Work is pleased to present Robert Benjamin’s River Walking, a solo exhibition of photographs and poems spanning four decades. A self-taught photographer and poet, Benjamin’s work, often centered around his family, offers a simple and honest consideration of what it means to live and to love with intention. “I think you have to love your life, and you have to have the courage to find the world beautiful,” says Benjamin. Enchanted by color and the beauty of photography itself, Benjamin uncovers poetry in the everyday.

Benjamin never wanted a career in photography. He simply felt that he needed to make pictures. According to Benjamin, one of the great joys of being a photographer is working with cameras. He appreciates the elegance of mechanical objects deeply—their feel, their smell, their sound. Cameras are “exquisite little machines”—like typewriters, he says. Benjamin has been writing poems on his Smith-Corona Clipper longer than he’s made photographs. His poems echo the sensitivity and humble directness of his photographs. More recently, Benjamin has begun pairing what he aptly calls “small photographs” with “small poems,” a selection of which are included in this exhibition.

It’s often a mystery why a picture captivates us. A long-time friend, the widely-admired photographer Robert Adams, has written about Benjamin’s portrait of his son, Walker, in his recent book, Art Can Help. The photograph possesses everything that embodies Benjamin’s work—a convergence of time, poetry, color, love, and mystery. Adams writes, “In the distance, the rain is coming our way and the light is about to change. There is, just now, no place on earth exactly like this one.”

Robert Benjamin grew up in Northern Illinois around suburbs, cornfields, lakes, and the remaining prairies. After a brief encounter with college, he traveled—criss-crossing America , eventually to Paris, finally settling in New York City. There, he decided that photography was what he wanted to do. With the absence of any academic training or community he followed his own direction—creating a style and interest that continues to this day. His photos and poems grew intuitively, and draw on the experience of everyday life, far removed from the art world. In 2010, he agreed to a show of his work at the Denver Art Museum. In 2011, the museum and Radius Books published the book of this work, Notes from a Quiet Life. Benjamin continues to write and photograph. He and his family live in Colorado.