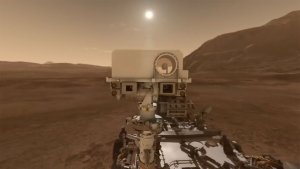 Light Work’s Urban Video Project (UVP) presents Colectivo Los Ingrávidos: The Batalla Trilogy. The installation will be on view from October 27 – December 17, 2022 as part of If I Were to Be Alive.

In conjunction with the exhibition, Sanzgiri and Los Ingrávidos will be present for an in-person screening and Q&A on Thursday, November 10 at 6:30pm EST at the Everson Museum’s Hosmer Auditorium, as well as a streaming event on Thursday, December 1 at 6:30pm EST.

An exercise in political breathing.

A planetary battle over the porous body of the earth.

To this day the student Aldo Gutiérrez Solano remains in a coma following the vicious attack that the paramilitary and police carried out on September 26, 2014 in Iguala, Guerrero. This piece offers a brief homage to the resistance of the body fighting against power.

Colectivo Los Ingrávidos (Tehuacán, Mexico) is a group of independent artists who experiment with documentary approaches and found footage. Their goal is to challenge the commercialization of audiovisual creativity and the tedium of conventional television and cinema production. Colectivo Los Ingrávidos arose as a resistance movement and collective action that began cooperating amid major protests against the Mexican government, reporting through an anonymous YouTube channel for fear of retaliation. Their work has been shown extensively around the world. They were featured filmmakers in the 67th Flaherty Film Seminar, Continents of Drifting Clouds (2022) curated by Almudena Escobar López and Sky Hopinka.

Return to If I Were to Be Alive main page

Special Events: If I Were to Be Alive