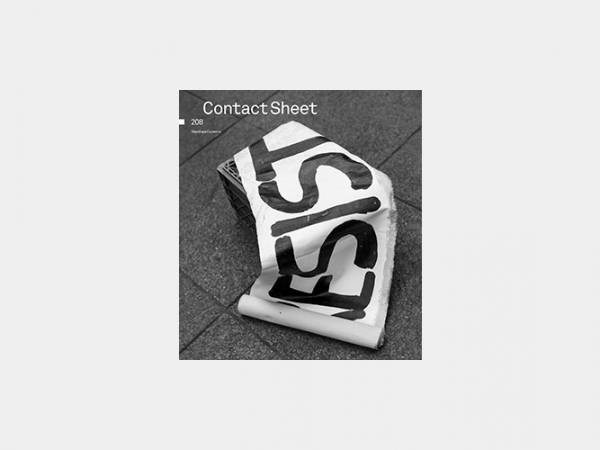 Light Work’s galleries are currently closed to the general public as part of our ongoing effiort to stop the spread of COVID-19. Syracuse University students, faculty, and staff who are cleared to be on campus may visit the exhibitions during gallery hours. We encourage patrons to visit our exhibitions and events online and to check out our catalog of artist videos.
—
Light Work presents Queens-based artist Matthew Connors’ General Assembly.  This exhibition comprises 650 portraits that span the first year of Occupy Wall Street (OWS) in New York City. An expansive project that pairs individual black and white portraits within a tightly formatted grid, General Assembly borrows its title from the movement’s term for its horizontal decision-making process. Connors made these black-and-white portraits in the charged atmosphere of Zuccotti Park,  elsewhere in New York City at direct actions and during more contemplative moments before and after working group meetings.

When Connors first arrived at Zuccotti Park in September of 2011, he had no intention of making photographs. He first gravitated to the congregation of protesters who occupied Manhattan’s Financial District out of simple curiosity. But as he observed Occupy Wall Street’s “wellspring of generative social organization,” he wondered how photography could contribute to the historical moment before him. Disturbed by the way that passersby were photographing protesters at a distance, he immersed himself in the activity of the movement and sought to use his camera as a tool of engagement.

The process of creating the portraits involved lengthy conversations with the participants about their motivations and involvement in the movement. Building on these newly formed relationships, he regularly returned to demonstrations to photograph and offer each person he photographed a print of their portrait. For Connors, this ongoing exchange of images and ideas contributed to the “relational fabric” that Occupy was cultivating. In many of these portraits, the person gazes directly into the camera at the artist—and us—a rare and brave moment of trust and connection. A native New Yorker, Connors had begun to feel that his home was becoming a “city of strangers” pulled apart by gentrification’s economic power and frequent disruption. By distributing political power and reaching decisions more equitably, Occupy Wall Street sought to reestablish that community.

Matthew Connors’ photographs have been exhibited in museums and galleries worldwide, including the Museum of Modern Art, New York; DOX Centre for Contemporary Art, Prague; and Storefront for Art and Architecture, New York. His monograph Fire in Cairo (SPBH Editions) was awarded the ICP Infinity Award for best artist book in 2016. He has also been awarded the MacDowell Colony Fellowship, a Headlands Center for the Arts Residency, the Lightwork Artist-in-Residence Fellowship, and the Virginia Center for Creative Arts Fellowship. He earned a BA in English Literature from the University of Chicago and a MFA in Photography from Yale University. He has taught in the Image Text Ithaca MFA Program, the Yale Photography MFA Program and in the Photography Department at the Massachusetts College of Art where he has been a professor since 2004.

RELATED PROGRAMMING
We are excited to announce In Solidarity: Syracuse Protests will be installed concurrently in Light Work’s Hallway gallery. Previously on view at Light Work’s Urban Video Project outdoor architectural projection site at the Everson Museum, this exhibition includes the work of five local photographers who documented protests in Syracuse: Cherilyn Beckles, Mylz Blake, Dennis Fernando, Eric Derachio Jackson Jr., and Maranie Staab. An apt coupling of exhibitions, each is in dialogue with the dynamics of social justice movements and the visual narratives they produce.