Travels in Post-Cinema: The Essay Films of Hito Steyerl 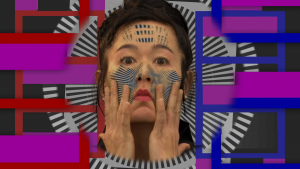 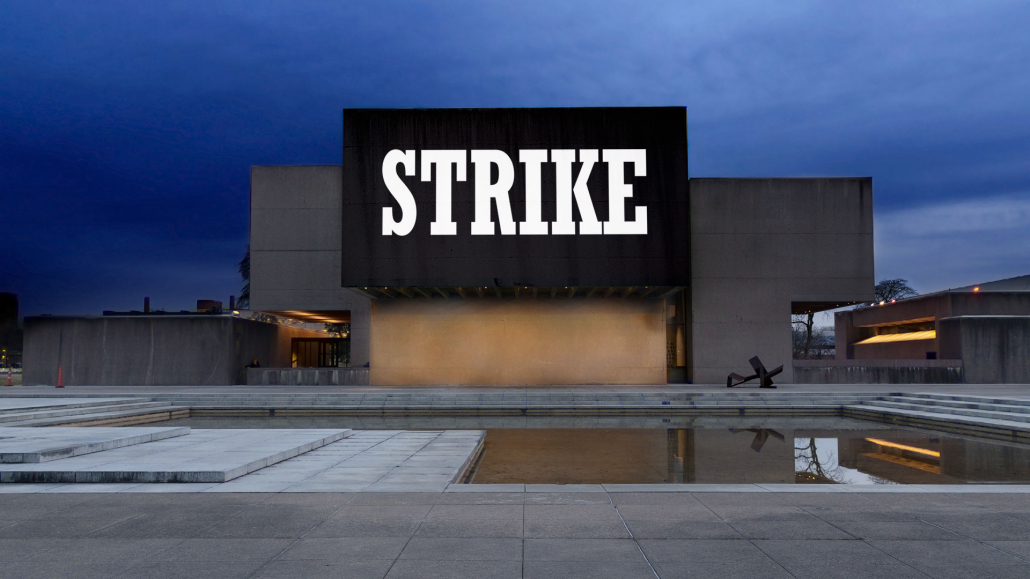 Urban Video Project will host a screening of Hito Steyerl’s essay films in collaboration with the Syracuse University College of Visual and Performing Arts Department of Transmedia on Tuesday, October 19 at 2:15 p.m. The free indoor screening will take place at Shemin Auditorium in the Shaffer Art Building located on the Syracuse University campus.

This screening is held in conjunction with the public exhibition, Strike which will be projected by Light Work UVP on the facade of the Everson Museum of Art from September 16 – December 11, 2021. More info

In the eighties, Hito Steyerl shot a feminist martial arts film on Super-8 stock. Her best friend Andrea Wolf played the lead role, that of a woman warrior dressed in leather and mounted on a motorcycle. The engagement expressed in the formal grammar of exploitation films later became Wolf’s political praxis: She went to fight alongside the PKK in the Kurdish regions between Turkey and northern Iraq, where she was killed in 1998. Now honored by Kurds as an “immortal revolutionary,” her portrait is carried at demonstrations.

In November Hito Steyerl examines the spectrum of interrelationships between territorial power politics (as practiced by Turkey in Kurdistan with the support of Germany) and individual forms of resistance. Her memories and accounts of Wolf’s life provoke the filmmaker to engage in a fundamental reflexion: She comes to understand how fact and fiction are intertwined in the global discourse. Her friend’s picture as a revolutionary pin-up would equally connect with either Asian genre cinema or a private video document. If October is the hour of revolution, November is the time of common sense afterward, though it is also the time of madness – Hito Steyerl considers from this perspective a relationship which began with a pose, and Andrea Wolf took its implications so seriously that she was no longer satisfied with symbolic action. Wolf chose the Other of filmmaking, which was what made her into a true “icon”.

“But in a wider context, there is bondage all over the place”, the video states at one point, to the accompaniment of a montage of Japanese bondage girls, the American superhero Spiderman and bound captives in the US detainment camp at Guantanamo Bay. By associatively linking desire and bondage, voluntary subjection and captivity, dependencies, networks, complicity, and cliques, Steyerl creates a polysemous play of thought: Who are the string-pullers? Who are the puppets? How do things stand with the pictures?

Bondage in Lovely Andrea is a universal metaphor.

In Free Fall features a montage of appropriated and new footage, interviews and voice-over narrative. Through the shared language of images and information, Steyerl closely examines the economic networks which define our existence, and the film facilitates an analysis of global complexities.

In Free Fall incorporates a trio of works: Before the Crash, After the Crash and Crash, which tell the story of the [2008] global economic crisis through the example of an aeroplane junkyard in the Californian desert. The aeroplane junkyard reveals the anatomy of all sorts of crashes: both fictional and real. This is an investigation of planes as they are parked during the economic downturn, stored and recycled, revealing unexpected connections between the economy, violence, and spectacle.

Hito Steyerl (born 1966 in Munich, Germany) is a filmmaker, visual artist, writer, and innovator of the essay documentary. Her prolific filmmaking and writing spans the fields of art, philosophy, and politics, constituting a deep exploration of late capitalism’s social, cultural, and financial imaginaries. Her solo exhibitions include Art Gallery of Ontario (Toronto), Art Institute of Chicago, Artists Space (New York City), E-flux (New York City), ICA (London), Museum of Contemporary Art (Chicago), Museum of Contemporary Art (Los Angeles), Park Avenue Armory (New York City), Serpentine Galleries (London), and The Institute of Contemporary Art (Boston). Her work appeared in the 58th, 56th, and 55th Venice Biennale as well as Documenta 12. She has published her writing extensively, most recently in Duty-Free Art–Art in the Age of Planetary Civil Wars (London: Verso, 2017 / Zurich: Diaphanes, 2018). In 2017, Art Review listed her as the most influential person in the art world. She is Professor for Experimental Film and Video at the UdK–University of the Arts, Berlin, where she lives and works. Andrew Kreps Gallery in New York City represents her work.

This event is co-presented with the School of Art Department of Transmedia of the Syracuse University College of Visual and Performing Arts as part of their First Year Colloquium class.