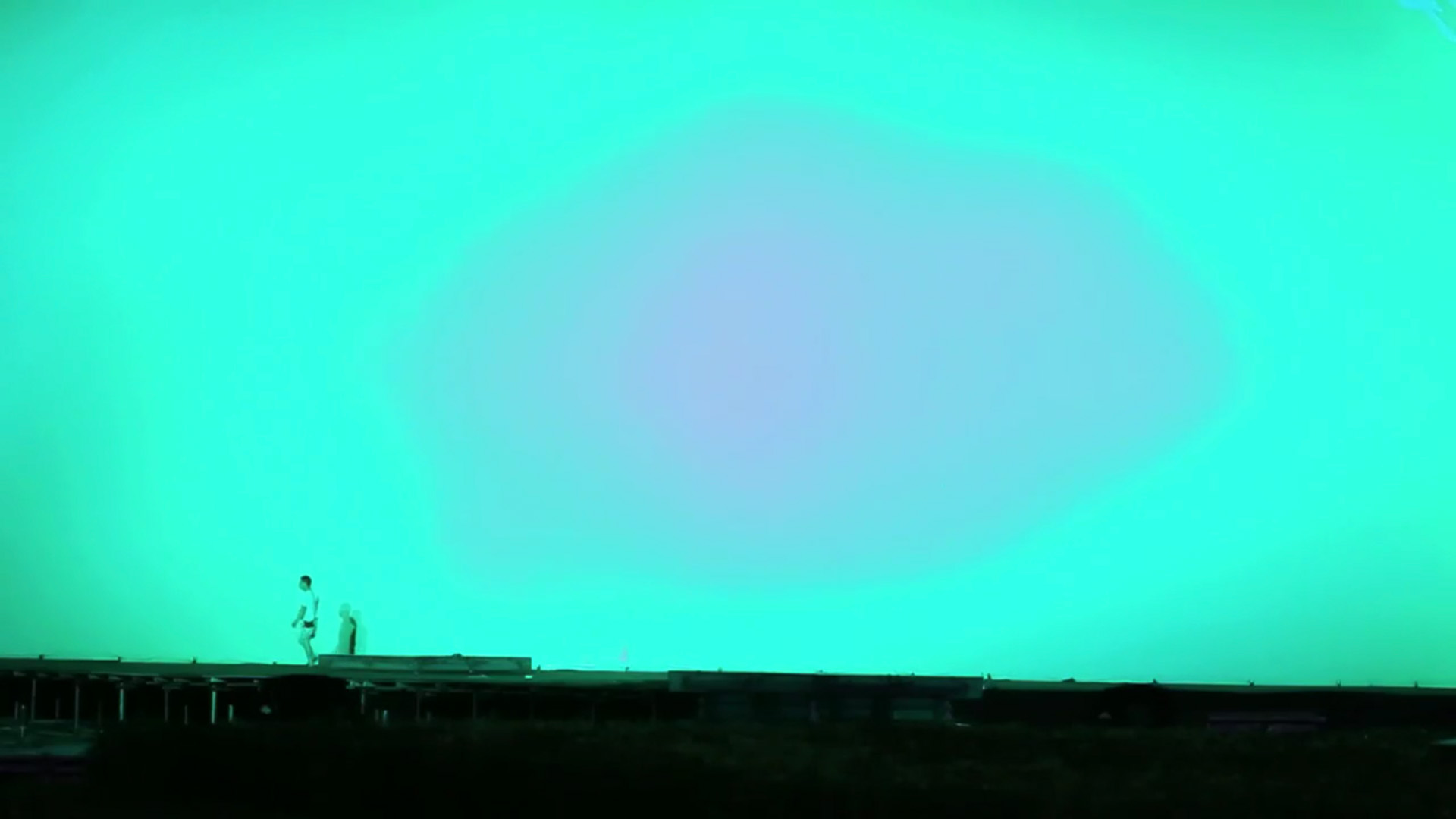 BE SAFE: MASK UP AND SOCIAL DISTANCE — Exhibition patrons visiting the Everson Plaza must maintain a social distance of at least 6 feet between individuals at all times, except for groups visiting from the same household. We encourage everyone to wear face masks to safeguard the public health and as an extension of our commitment to help flatten the COVID Curve. UVP limits attendance at all screenings to 20 people to adhere to Onondaga County’s latest social distancing guidelines.
_
Light Work’s Urban Video Project presents What Happened, a three-person exhibition featuring the work of filmmakers Luis Arnías, Simon Liu, and Zhou Tao. The installation will be on view from February 4 thru April 3, 2021, at UVP’s outdoor projection site on the north facade of the Everson Museum of Art at 401 Harrison Street, Thursday through Saturday, from dusk until 11pm.

In conjunction with the exhibition, UVP will host a FREE live-streamed screening of the What Happened program with additional works, followed by a Q&A with the filmmakers on Thursday, March 4, at 6:30pm. The link will go live on UVP’s website Saturday, March 4, at 6:30 pm EST.

What Happened takes us on a tour of ambiguous scenes where we find ourselves disoriented, unsure where and when we are, whether we find ourselves before, after, or during an indeterminate event. These works bear the unmistakable trace of the volatile forces shaping our current moment: protest, pandemic, state brutality, racialized violence, and ecological disaster. But this isn’t the news. As in life, these forces confront us in mostly oblique ways, as a nagging anxiety attaching to fragments torn from context and transforming them into a thousand strange and fascinating portents: a lost face mask in the gutter, an uprooted tree, an endlessly spinning loading icon,  a cheerful pop song’s hollow echo, a flash that may or may not be fireworks.

Are these terrains mundane or extraordinary? Fact or fiction? Zones of autonomy or oppression? Recovery or impending disaster?

Did it already happen? Will it happen soon? Is it happening now?

The resulting show is a meditation on living through “interesting” times.

Terror Has No Shape, Luis Arnías

Terror Has No Shape follows a mysterious and grotesque, viscous creature. The film fragments the American horror and sci-fi genres to bring the terror of the lived personal and collective experience of racial trauma to the surface. Through effigy, these horrors materialize and are burned.

In Blue and Red, Zhou Tao conducts a mesmerizing formal exploration of ambiguous zones: two public squares, one in Guangzhou, China, during a street festival, and one in Bangkok, Thailand, amidst political protests, the terrain surrounding a heavy metal mine, and a mountain village in southern China. Through the edit, these very different spaces merge into a single ambivalent reality. A mysterious colored light envelopes the animate and inanimate denizens in an otherworldly skin. Masses congregate, tents are erected, families take selfies, children play, hillsides collapse, police march, violence erupts.

Luis Arnías (b.1982) is a filmmaker from Venezuela who currently lives and works in Boston, MA. In 2009, he completed the diploma program at the School of the Museum of Fine Arts, Boston, and in 2020 he received his Masters in Film/Video from Bard College. He is currently a fellow at the Film Study Center at Harvard University, a position he also held 2014-17

Simon Liu (b. 1987) grew up in Hong Kong and Stoke-on-Trent in the UK. In 2006, he moved to New York City to study Film and Television Production at Tisch School of the Arts, and he currently works as a director in Brooklyn. There, he creates short films and 16mm projection works that have screened at BFI London IFF, Centre Pompidou in Paris, Edinburgh IFF, IFFR, Toronto IFF, and Werkstatt der Kulturen in Berlin. His short E-Ticket (2019) was nominated for a Tiger Award, as well as the Short Film Grand Jury Prize at Sundance. Signal 8 (2019) had its international premiere at IFFR 2020. Website: www.liufilmsliu.com